OK, the annual award given to the winner of the spring training series between the Red Sox and Minnesota Twins probably wasn?t on Boston?s mind as Thursday?s Grapefruit League game progressed at JetBlue Park. But the Red Sox still pulled out a dramatic 5-4 win in 10 innings.

Thursday was a noisy day at Red Sox camp, so let?s dive into the details.

— Shane Victorino emphatically shot down the idea he?d like the Red Sox to trade Mookie Betts for Philadelphia Phillies ace Cole Hamels so that his own job security improves.

Victorino said earlier this week he?d welcome Hamels to the Red Sox, even if it meant trading prospects, which prompted a Boston-based radio show to make some insinuations about the veteran outfielder. The 34-year-old wasn?t a fan of that and let the world know Thursday morning in Fort Myers, Fla.

— Koji Uehara is on the mend.

Red Sox manager John Farrell said earlier this week there was ?growing concern? over whether Uehara, who has been battling a strained hamstring, will be ready for Opening Day. The Red Sox received some encouraging news Thursday, though, as the veteran closer had an active and positive day at camp.

If all goes well, Uehara could pitch in a game — either a Grapefruit League game or a minor league contest — on Monday.

“There’s still a likelihood that he begins with us on the active roster come Opening Day,” Farrell said. “We know we’ll get him back on the mound in a bullpen session this weekend. If we can get two or three appearances next week, we feel like that could be six or seven total appearances in spring training that could give him an ability to begin the season with us.”

Vazquez, who has been dealing with elbow soreness, is scheduled to undergo another exam Friday. He also could undergo an MRI, depending on the results of that exam.

— David Ortiz returned to game action for the first time since March 16.

Ortiz, who was sidelined because of dehydration and general soreness, went 0-for-3 but legged out a fielder?s choice in his second at-bat that drove in a run.

?It felt all right,? Ortiz told reporters. ?I?m just trying to get that feeling of running.?

— Rusney Castillo?s case for breaking camp with Boston grew stronger. The Cuban slugger launched a walk-off home run in the bottom of the 10th inning.

“It was nice to kind of pick up my team and be able to have that at-bat be a home run, especially to decide the game,? Castillo told reporters through a translator.

Castillo is 4-for-10 with two homers, a triple and four RBIs in four Grapefruit League games since returning from an oblique injury. 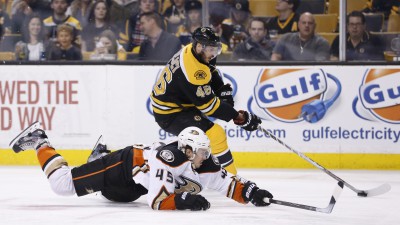 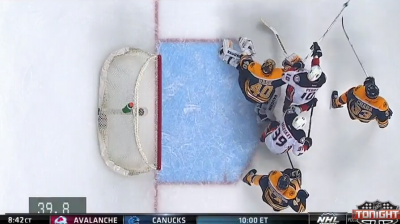