CHICAGO — Brent Seabrook scored on a booming slap shot one minute into the third overtime, and the Blackhawks beat the Nashville Predators 3-2 on Tuesday night in Game 4 of their first-round Stanley Cup playoff series.

Seabrook’s long drive beat a screened Pekka Rinne on the 100th shot of the longest game in Nashville history. Rookie Scott Darling made 50 saves for Chicago.

Brandon Saad and Antoine Vermette also scored for the Blackhawks, who grabbed a 3-1 series lead and can close out the Predators with a win Thursday night in Nashville.

Colin Wilson and James Neal scored for Nashville, which carried a 2-1 lead into the third period. Rinne finished with 45 stops.

The first overtime featured a memorable duel between Rinne, who found some of the magic he had during Nashville’s strong start to the season, and Darling, who was making his second career postseason start.

Rinne had a terrific sprawling stop on Andrew Desjardins’ backhand after the forward cut across the goal about 13 minutes into the initial extra session. Rinne was so good that he made the puck disappear at one point, with the game stopped for a couple minutes before he pulled it out of the inside of his right pad — drawing a round of cheers from the raucous crowd of 22,014.

On the other side, Darling robbed Neal with a glove save on his quick shot off a faceoff. He also denied Filip Forsberg on a prime opportunity midway through OT.

It finally came to an end when Seabrook scored his 14th career playoff goal at 1:16 a.m. Wednesday morning. The big defenseman also scored the last goal in Chicago’s 4-2 victory in Game 3 on Sunday. 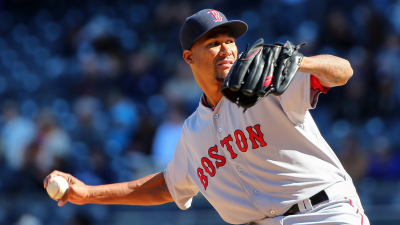 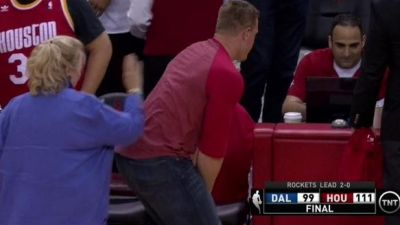 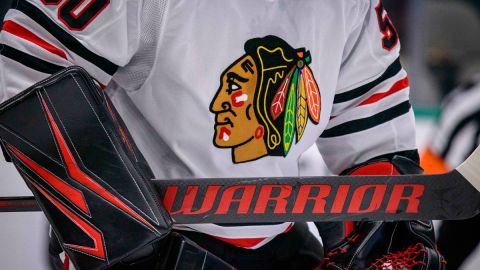