There aren’t many spots on the floor where J.R. Smith won’t shoot. On Sunday, this undeniable fact worked out perfectly for the Cleveland Cavaliers.

Just three seconds remained in the first half of the Cavs’ game against the Chicago Bulls. So, LeBron James heaved a half-court pass to the only teammate he knew would put it up no matter what. Smith did just that, and the results were spectacular.

Smith bowed to the Quicken Loans Arena crowd after burying the circus shot, and with good reason. It was the guard’s sixth 3-pointer of the half, and one that wouldn’t have counted had Smith’s foot not tightroped the sideline.

The fearless 29-year-old kept gunning in the second half, managing to set an NBA record for the most 3-pointers attempted (17) without taking a single 2-point shot. He connected on just two deep balls in the second half, but James’ triple-double helped the home team escape with a 99-94 win. 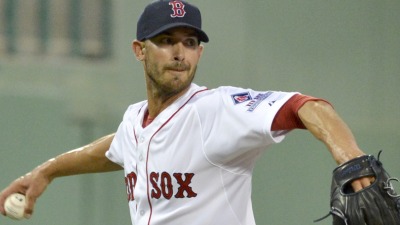