Rick Porcello has put his foot down.

The Boston Red Sox righthander — who avoided arbitration by signing a one-year, $12.5 million contract with Boston this offseason — can become a free agent after the 2015 season. Naturally, rumors already have began about whether Porcello will re-sign with the Sox.

On Sunday, Porcello insisted those rumors will have to wait, confirming to WEEI’s Rob Bradford that he’s informed the Red Sox he doesn’t want to engage in contract talks until this season is over.

“I don?€™t want any distractions when we start the season,” Porcello said, via WEEI.com. “I just want to focus on pitching.”

A team source confirmed to Bradford that the Red Sox agree negotiations should wait until the offseason.

If you’ll recall, former Red Sox pitcher Jon Lester took a similar approach last season when it came to his contract, repeatedly stressing that his focus was on the field. Lester, of course, was dealt to the Oakland Athletics at the MLB trade deadline and signed a six-year, $155 million contract with the Chicago Cubs after the season.

Porcello dealt with his fair share of trade whispers as a member of the Detroit Tigers, and told Bradford he’s committed to silencing the noise this time around.

?Whether it?€™s been the past couple of years, where trade talks have surrounded me in Detroit, or coming into the final season of a contract, at this point I think I have a better handle of how to just block that stuff out and focus on the things in front of me, things that I can control,? Porcello said.

?That?€™s how I?€™ve felt all spring. Just coming in and getting my work done. I don?€™t feel like there is any added pressure. The pressure that I feel is to win for my teammates and for this organization.” 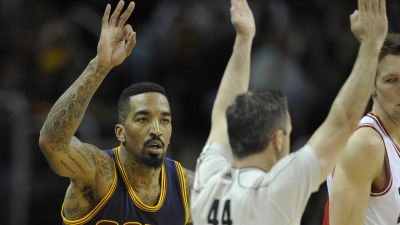