Joe Kelly stood at his locker in the visitors? clubhouse at Tropicana Field and answered questions about the wheels falling off in the sixth inning of the Boston Red Sox?s 7-5 loss to the Tampa Bay Rays.

But secretly, whether it be in the shower, on the ride back to the hotel or even Thursday morning, there must be a point at which reality sets in for Kelly, Farrell and the entire Red Sox organization.

An all-too-common theme has emerged from Boston?s starting rotation. And it?s maddening.

In its broadest sense, the theme is inconsistency. But more specifically, it?s inconsistency within starts, on an inning-to-inning basis, rather than guys simply having good days and bad days.

Take Kelly?s most recent start, for example. He breezed through the first five innings, allowing only one run on four hits and a hit batter. He had thrown just 68 pitches before the sixth inning, representing a tremendous step forward from his previous outing, in which he threw 118 pitches over 5 2/3 innings.

Not to go overboard, but it was ace-like. And when one also considered Kelly?s dominant first start of the season, it almost felt like something important was developing right in front of our faces.

Minutes later, the sixth inning happened. Kelly surrendered four consecutive singles and issued a bases-loaded walk before departing with no outs and the bags still packed. Craig Breslow entered and allowed a two-run single — both runs were charged to Kelly — that tied the game at five apiece.

Sure enough, the Rays struck for two runs in the seventh inning against Edward Mujica, staved off mini threats in the eighth and ninth innings and, above all, dealt Boston its sixth loss, raising even more questions about whether the Red Sox will ever find starting pitching stability this season.

It?s important to keep a level head about the whole thing. The Red Sox are 15 games into their campaign — still a very small sample size in the context of a 162-game grind — and there?s still time for the rotation to evolve into a steady, if not strong, unit.

But there have been several instances this season when Boston?s starters seemingly have hit a wall out of nowhere. It?s a tough way for any team to live, and it?s especially problematic when you?re a club, like the Red Sox, that?s already trying to establish some sort of identity on the mound.

Each Red Sox starter has had his hiccups. Kelly?s biggest glitch occurred Wednesday.

Clay Buchholz collapsed out of the gate April 12 in the Bronx.

Rick Porcello surrendered a three-run homer in the sixth inning of his first start April 8, and then got torched, specifically in the fifth and sixth innings, in his outing Sunday.

Justin Masterson avoided a loss in his April 14 start but crashed and burned in the fifth inning as the Washington Nationals plated six runs.

Wade Miley has had setbacks in each of his three starts, including Tuesday?s, in which he didn?t allow a run but needed Alexi Ogando to escape a sixth-inning, bases-loaded jam to preserve a 1-0 lead.

An optimist would say these sudden malfunctions are just that: small issues that will work themselves out over time, leading to a smoother ride when everyone figures out how to avoid such speed bumps.

A pessimist would say this inning-to-inning consistency from each starter is a sign of a more troubling development: that the Red Sox?s starting rotation, as constructed, won?t be good enough this season.

The Red Sox certainly are looking at the glass as half full, whereas their detractors surely see it as half empty. For now, let?s just agree the contents in the glass are no clearer now than two-plus weeks ago.

And that itself is puzzling. 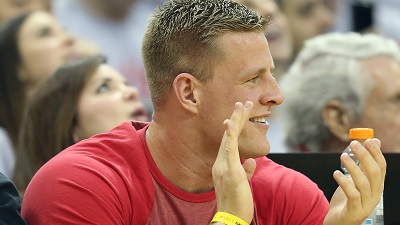