Final, 2-0 United States: It’s over at Commonwealth Stadium. Team USA is through to the quarterfinals.

It wasn’t easy, nor was it pretty, but Team USA will compete in the next round courtesy of its hard-fought win over Las Cafeteras of Colombia. Morgan and Lloyd scored the decisive goals in the second half, which featured a sending-off, two penalty kicks and host of talking points.

Colombia exits in the Round of 16 as the last South American team remaining in the competition. Team USA will play China on Friday night.

90th minute, 2-0 United States: There will be a minimum of five minutes of added time in the second half.

75th minute, 2-0 United States: Lloyed cuts unto her right foot and curls a shot on goal, but Castano saves it easily.

Rapinoe’s impact in the second half was immense.

62nd minute, 1-0 United States: Rapinoe dribbles into the box and goes down under some pressure. The referee declines her appeals for a penalty kick.

57th minute, 1-0 United States: Team USA will breathe easier now that it has the lead and is playing against 10-woman Colombia.

Fitness and focus will be determining factors for both teams, as they look to finish strong. It will be harder for Colombia to do so against the well-prepared Americans.

47th minute, 0-0: Perez has been sent off after bringing down Morgan inside Colombia’s penalty area.

The referee points to the penalty spot and awards a penalty kick to Team USA.

Halftime, 0-0: That’s the end of the first half. It’s goal-less in Edmonton.

Team USA has a game on its hands, as Colombia has played the Americans evenly in the first half. Team USA started the game better than Colombia, but the tide gradually reversed as the half progressed. Wambach and Morgan had the game’s best scoring chances, but Perez thwarted each effort. Colombia had a few dangerous moments but lacked the shooting accuracy to seriously trouble solo.

Team USA remains defensively solid but needs variety and sharpness in its attack.

The yellow cards Holiday and Rapinoe received loom large both in this game and beyond. The United States midfielders can’t let the disappointment of their imminent suspensions drain their performance level against Colombia. Team USA needs to possess the ball better in the midfield and create more in Colombia’s final third. Holiday and Rapinoe are central to those efforts and will remain so.

42nd minute, 0-0: The referee cautions Rapinoe for a foul on Velasquez. Rapinoe will miss Team USA’s next game.

35th minute, 0-0: The game largely has been bogged down in the midfield in recent minutes. The teams are tackling tough but struggling to move the ball quickly into space after gaining possession.

28th minute, 0-0: Morgan heads Holiday’s cross on goal, but Perez palms it over the crossbar.

23rd minute, 0-0: Vidal is down in pain, creating a short respite for the teams.

The game has opened at a feverish pace. Team USA has had the better scoring chances and more of the ball so far, but the contest remains competitive.

19th minute, 0-0: Johnston pounces on a loose ball in Colombia’s penalty area but misses the target with her shot.

17th minute, 0-0: The referee cautions Holiday for a foul on Rincon. Holiday will be suspended for Team USA’s next World Cup game.

16th minute, 0-0: Klingenberg serves a teasing ball to the far post, but none of her teammates can reach it before it sails over the line.

14th minute, 0-0: Wambach hits a left-footed shot on target, but Perez parries it into the air and out of danger.

10th minute, 0-0: Colombia allowed Team USA to take the initiative early on but is starting to press its own issue in recent minutes.

Colombia has its first sustained possession in Team USA’s half, but it ends with Montoya shooting very high and wide of Solo’s goal.

Fourth minute, 0-0: Wambach believes she has scored, but the referee’s assistant rules her offside.

Perez made a fine save on Heath’s shot. Wambach reacted first and slotted the ball over the line, but she started from an offside position.

Pregame: Team USA head coach Jill Ellis is banking on continuity, as the knockout rounds begin for her group.

Team USA’s defensive unit has been a shining beacon in Canada, as the back four (plus goalkeeper Hope Solo) have helped blank opponents for the last 243 minutes in Canada, spanning over two-and-a-half games.

Goal scoring has been an issue for the United States. Ellis persists with Abby Wambach and Alex Morgan, who started together in the 1-0 win over Nigeria last week.

Colombia’s Catalina Perez, 20, starts in goal over Castano in Sepulveda’s absence. Perez attends “The U” when she’s not playing for her country.

History and present trends suggest Team USA has an advantage over Colombia.

Team USA faces Colombia on Monday night in the Round of 16 of women’s soccer’s premier global competition. The United States and Colombia will rekindle their rivalry at Commonwealth Stadium in Edmonton, knowing the stakes have soared since both their last meeting and their most recent group-stage games.

Colombia reached the Round of 16 by finishing third in Group F. Las Cafeteras’ victory over heavily favored France — their first-ever World Cup win — and draw against Mexico allowed them to progress to the knockout phase of the tournament. Colombia has embraced the dark-horse tag and used some choice words in the build-up to their game against the United States.

Team USA navigated its way to the top of Group D — the so-called “Group of Death” — in its first three games, earning what appears to be a favorable matchup against Colombia. But Team USA isn’t taking anything for granted and recognizes the field is more competitive than ever in the biggest World Cup in history.

Sandra Sepulveda, Colombia’s goalkeeper, is suspended, and Stefany Castano is expected to start against the United States. Team USA has no significant injury or suspension news.

Team USA beat Colombia 3-0 in 2011 in what is their only World Cup meeting to date. Team USA repeated the result in a group-stage game at the 2012 Olympics — a game during which Colombia forward Lady Andrade punched Abby Wambach.

USA-Colombia kicks off at 8 p.m. ET. Join us right here for all the action from Commonwealth Stadium. 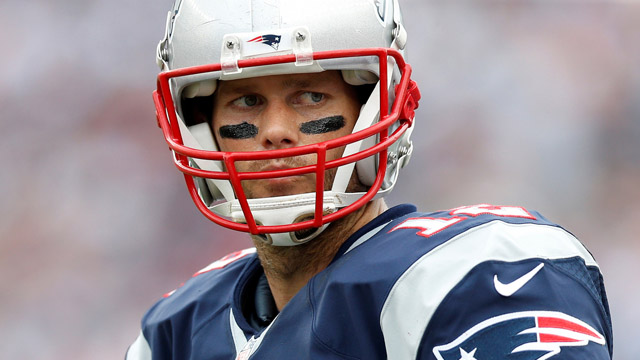 Poll: What Will Tom Brady’s Deflategate Suspension Be After His Appeal? 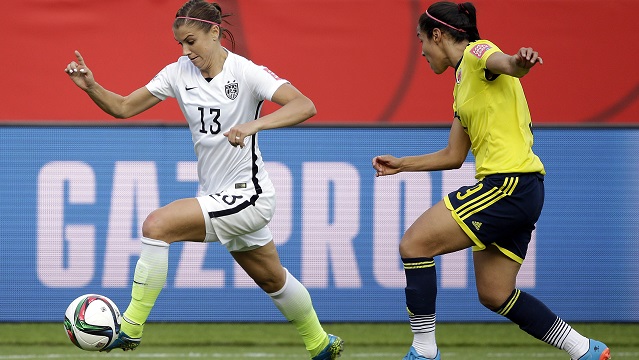