Although the Boston Red Sox need to improve defensively, it doesn?t sound like the club views radical change as being a means to that end. Hanley Ramirez and Pablo Sandoval are staying put for now.

Ramirez (left field) and Sandoval (third base) have been two of the worst defensive players in Major League Baseball this season, according to advanced metrics, creating questions as to whether the Red Sox might consider trying one or both at first base down the stretch with Mike Napoli on the verge of free agency. Red Sox general manager Ben Cherington threw cold water on the idea.

“Defense is something that needs to improve between now and next April, so we’ve talked about what can we accomplish over the next two months to get us pointing in the right direction,” Cherington told reporters before Thursday?s game against the New York Yankees at Yankee Stadium. “It’s more focused on how we continue to help guys in the spots they’re in show us what they can do, figure out what their ceilings are and then take that information into the offseason and make informed decisions — it’s more of that than it is moving guys around.”

Ramirez, a converted infielder, has had a disastrous first season in the outfield. He entered Thursday having cost the Red Sox 17 runs in left field, according to FanGraphs? Defensive Runs Saved metric, and the eyeball test backs up the assertion he?s been a bad defender. Ramirez has looked either disinterested or tentative at times and it hasn?t been pretty.

Sandoval?s defensive issues are much more surprising. While Sandoval has received heat for his conditioning, with some pointing to his weight as a reason for his demise, the 28-year-old arrived in Boston with a track record of being a solid defender. It’s strange, then, that he entered Thursday having cost the Red Sox 13 runs — the worst mark among all qualified major league third basemen.

“He’s the third baseman. He’s working hard,? Cherington said Thursday when asked specifically about Sandoval. ?We’re working hard with him to try and get the most out of the next two months on both sides of the ball.?

To be fair, Cherington didn?t completely rule out position changes, particularly with regard to Ramirez. The Red Sox could reconsider at some point, perhaps over the offseason, and enter 2016 with Ramirez and/or Sandoval stationed elsewhere.

As far as 2015? A major shakeup doesn’t appear imminent, even if it’s what’s needed. 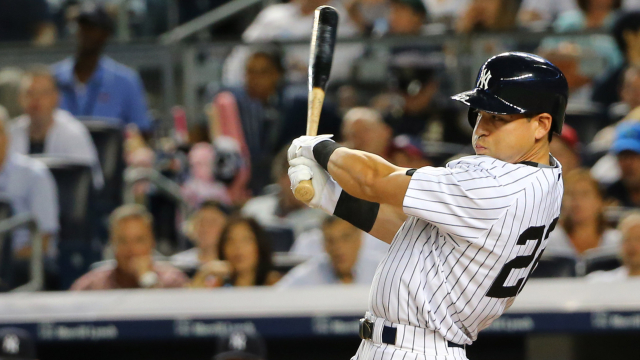 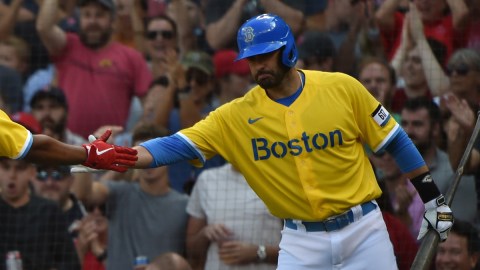 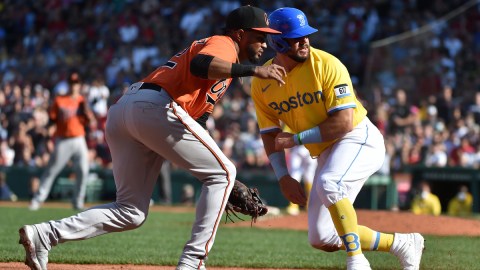