The Boston Red Sox suffered a 2-1 loss to the Bronx Bombers in Thursday’s series finale at Yankee Stadium. The Red Sox were on the winning end of a 2-1 final Wednesday night, but Jacoby Ellsbury’s solo home run off Eduardo Rodriguez in the seventh inning was the difference in the rubber match.

GAME IN A WORD
Textbook.

A big hit in the seventh inning was all the Yankees’ bullpen needed. Justin Wilson, Dellin Betances and Andrew Miller shut the door over the final three innings after Ellsbury’s go-ahead homer.

The bullpen has been a strength for the Yankees this season. Sprinkle in a timely hit and you have New York’s recipe for success in a nutshell.

Hats off to CC Sabathia, too. The 35-year-old pitched very well over the first six innings.

IT WAS OVER WHEN?
Ellsbury feasted on a hanging breaking ball in the seventh inning.

Ellsbury stayed back on an 84 mph offering from Rodriguez and deposited it into the upper deck in right field. There was no doubt about it.

ON THE BUMP
— Rodriguez pitched well, though his outing was ruined by his one huge mistake in the seventh. He allowed just two runs on six hits over seven frames while striking out five and walking two.

The Yankees threatened in the fifth inning, but Rodriguez escaped a bases-loaded jam. The left-hander intentionally walked A-Rod before retiring Mark Teixeira and Chris Young on a pair of popouts.

Rodriguez has rebounded nicely from his July 20 implosion against the Los Angeles Angels. His ERA dropped to 4.17 with Thursday?s solid effort.

— Junichi Tazawa warmed up at one point but didn?t enter the game. He didn?t appear in any of the series? three contests.

IN THE BATTER?S BOX
— Rusney Castillo, batting leadoff, drove in Boston?s only run. He singled up the middle in the fifth inning to tie the game 1-1.

Castillo also went fishing on a strikeout to end the game with runners at first and second.

— The Red Sox squandered an excellent opportunity to seize control in the fifth. David Ortiz struck out with the bases loaded against Sabathia, who pumped his fist after dialing it up to 94 mph.

Xander Bogaerts drew a four-pitch walk to load the bases before Ortiz?s strikeout. Ortiz is 0-for-8 with three strikeouts with the bases loaded this season.

— Ryan Hanigan, who scored on Castillo?s fifth-inning single, had two base hits.

— Jackie Bradley Jr. reached base three times (single, two walks) out of the No. 9 spot.

— Hanley Ramirez singled in the eighth inning off Betances and swiped second base. Mike Napoli subsequently struck out looking to strand the potential tying run in scoring position.

— Travis Shaw pinch-hit for Josh Rutledge with two outs in the ninth inning and singled into left field against Miller. Bradley then worked his second walk before Castillo struck out to end the game.

Miller, a former Red Sox, is 24-for-24 in save opportunities with the Yankees.

UP NEXT
The Red Sox will travel to Detroit for three games against the Tigers. They?ll then be off Monday before taking their talents to South Beach for a quick two-game series against the Miami Marlins.

Joe Kelly, Wade Miley and Henry Owens are scheduled to pitch this weekend against the Tigers. 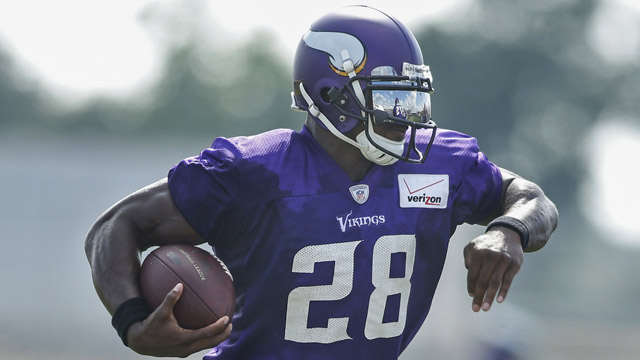 Vikings Running Back Adrian Peterson Gets Off Probation 15 Months Early 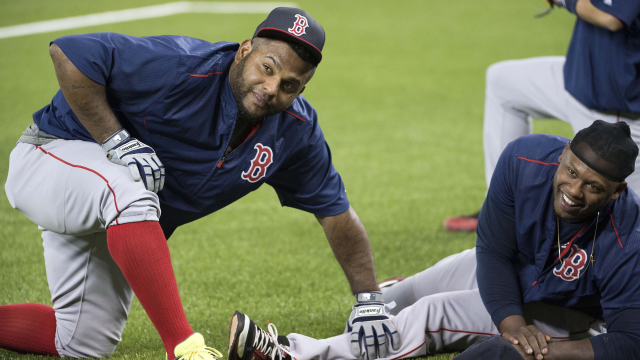