Another day, another Dez Bryant injury.

The Dallas Cowboys’ franchise wide receiver left Sunday night’s game against the New York Giants due to dehydration issues, but would return. He left again in the fourth quarter with a foot injury that turned out to be pretty severe.

Dez Bryant already has fractured right foot in a walking boot in the locker room.

It’s a bad break for the Cowboys (no pun intended), who finally won a playoff game and nearly advanced to the NFC championship game last season with a healthy Bryant for the entire year.

Terrance Williams and Cole Beasley are the next two wide receivers up, but without Bryant, there’s a lot less space for guys like Williams, Beasley and tight end Jason Witten to make catches. Williams is worth a look on the waiver wire if you need a flex or have a spot to stash him for a week and find out how everything plays out.

As for Tony Romo, he could see a slight drop in production, but unless you have a much better option on your bench, he should be starting in all fantasy football formats. The Philadelphia Eagles, Atlanta Falcons, New Orleans Saints and New England Patriots are the next four teams on Dallas’ schedule, and none of them really pose a threat in the secondary. Romo will be fine.

Check back for the latest updates on Bryant’s progress. 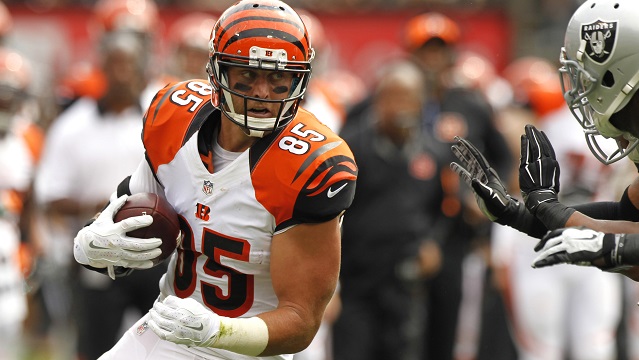