The Boston Bruins have spoken throughout this young NHL season about putting together full 60-minute efforts. And if we’re being honest, they haven’t quite achieved that lofty goal just yet.

But after beginning the season with a trifecta of brutal losses on home ice, what the Bruins showed in their weekend out West was a whole lot closer to what coach Claude Julien hopes to see from his squad.

Boston went 2-for-2 on its road trip through Colorado and Arizona, crushing the Avalanche 6-2 on Thursday night before slugging its way to a 5-3 win over the Coyotes on Saturday. Neither win was perfect, but that, in a way, made them even more encouraging.

In their first three games, the Bruins made a habit of jumping ahead early, faltering 20 or 30 minutes in, and folding. Their last two efforts were different.

On Thursday, Julien’s troops ratcheted up the pressure in the second period rather than letting off the gas, scoring five goals before Colorado netted its first. Two nights later, Boston blew a two-goal lead in a wild final frame but responded with two Patrice Bergeron tallies that put the game away.

The Bruins hadn’t displayed that type of resilience in the season’s opening week, and Julien naturally was pleased with his team’s progression.

?We?ve had a good effort in the last two games,” the coach said in an interview with NESN’s Jack Edwards and Andy Brickley. “Again, 60-minute efforts are what we?re looking for. But our guys battled. They competed hard. I know we let them back in the game there with some bad goals in that third period to let them back in, but I thought we battled hard to get ourselves back in the lead. Our guys handled it well there at the end.”

Another positive sign: Against an Arizona team that has been one of the NHL’s biggest surprises so far, Boston’s veteran stars performed as such.

Bergeron (two goals, eight shots, 22:09 TOI) played perhaps his best game of the season. David Krejci finished with a goal and two assists to pull even with Detroit’s Henrik Zetterberg for the league lead in points (nine). Goalie Tuukka Rask, who was especially shaky in Monday’s loss to the Tampa Bay Lightning, rebounded by making several highlight-reel saves.

All of that added up to an impressive Bruins victory — the second in a row for a team looking to leave last week’s misery behind.

?We kind of saw glimpses of that in the first few games,” Rask told reporters after the game. “We just couldn?t sustain that. We were on the other team for the first period, but after that, we kind of let down and were on our heels. But in the past two games, we just sustained that pressure and kept getting pucks deep and getting shots and results. It?s a great sign.” 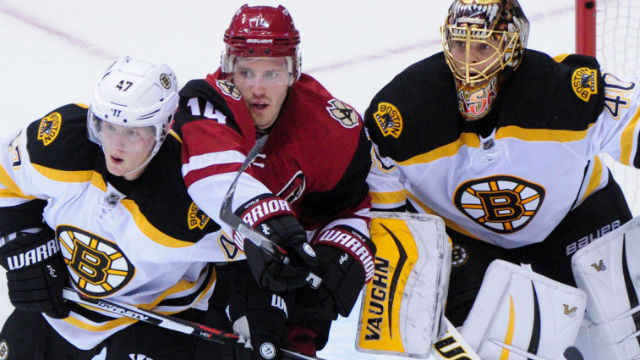 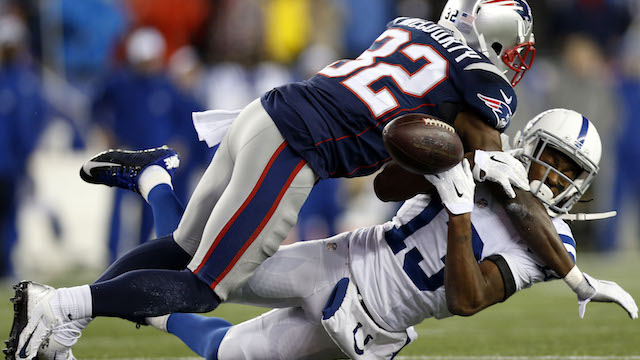