It wasn’t difficult for the New England Patriots to look good in Sunday’s 30-6 win over the Dallas Cowboys.

Despite the lopsided score, the game proved to be a valuable test run for what looms next on New England’s schedule: a Week 6 AFC Championship Game rematch with the Indianapolis Colts.

But these aren’t the same Colts. With an injured Andrew Luck and a 40-year-old backup in Matt Hasselbeck as their quarterback options, the Colts have turned to the ground game, where Frank Gore finally has found his groove to the tune of 237 rushing yards and three touchdowns in his last three games. He also added a five-catch, 34-yard performance against the Jaguars — a checkdown role that could force New England into different coverage and open wider lanes for Indy’s more talented receiving threats: T.Y. Hilton and Donte Moncrief.

That Colts’ package, on paper, draws some comparison to the depleted Dallas offense the Patriots shut down in Week 5: a mediocre backup QB (Brandon Weeden), an above average runner (Joseph Randle), and a checkdown receiving back (Darren McFadden, who caught nine passes for 62 yards Sunday).

Despite a terrific offensive line and a dependence on the run game, the Pats held Dallas running backs to just 82 yards on the ground, thanks largely in part to a concerted effort from the safeties — a group whom Patriots coach Bill Belichick had plenty of good things to say about.

“We got a lot of support from the safeties in the running game, and Patrick (Chung) played very well. He tackled well as he usually does,” Belichick said. “… but he has a real good sense of how to fit on those runs, when to shoot the gap, when to stay back and play over the top, that type of thing, and he?s a very good in-line tackler. He?s got good fundamentals and he wraps up well.

“Jordan (Richards) is a little bit the same way. He has an instinctiveness for the running game that?s good, and he?s a strong kid that tackles well. On both those guys, I think you see a lot of those qualities that I was talking about. … They both have those qualities and they did a good job for us. Our run defense was definitely better yesterday — not perfect, but we made progress on it so that was good.”

The Colts present far more talent at skill positions than the Cowboys did in Week 5, so the ability for New England safeties to be versatile jumping into the run defense and get quick reads is vital to their success.

“It?s a very hard position to sometimes evaluate because there is an instinctiveness and awareness and just a kind of feel for all that?s going on that it?s a lot different than playing corner where sometimes you just lock on one man or you?ve got a two-to-one read or something like that,” Belichick explained. “At safety, you?ve got a lot of bodies and a lot of things to sort out … the ability to recognize that and make the right decision (is key). Patrick and Jordan, they do a good job of that. Really, all of our safeties do.”

As long as the upward trajectory continues, Chung’s and Richards’ play bodes well for New England in Week 6. 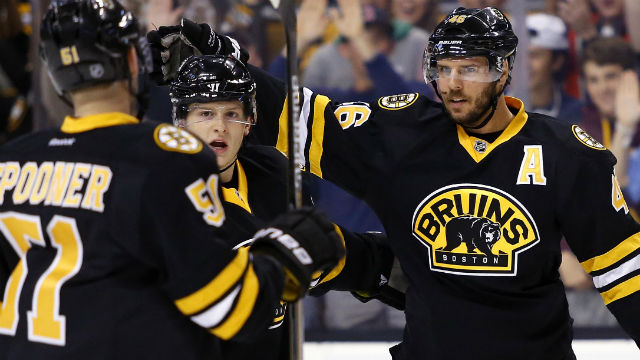