BOSTON — Bruins winger Brad Marchand doesn’t believe his hit on Ottawa Senators defenseman Mark Borowiecki was dirty. In fact, he doesn’t even believe it was a hit.

?It was simple play,” Marchand said after Tuesday’s 7-3 Bruins win at TD Garden. “I was trying to get to the puck-carrier, and I turned up ice, and (Borowiecki) was kind of standing there. I just turned up and tried to go after the puck-carrier.”

Marchand was not penalized on the ice, but the NHL’s Department of Player Safety reportedly is reviewing the play to determine whether supplemental discipline is warranted. If Marchand is suspended, he would miss the NHL Winter Classic, which is scheduled for Friday afternoon at Gillette Stadium.

?I can?t control that,” Marchand said.

As for whether he deserves to be punished?

?I can?t control that, either,? he responded.

Bruins coach Claude Julien declined to comment on the play in question.

“I coach a game, I come here (to the news conference),” Julien said. “I don’t get a chance to review everything, so I don’t like to comment on those kind of things that I don’t really have a good view on. So, I’d rather refrain from commenting.”

With center David Krejci sidelined with an upper body injury, Marchand served as a Bruins alternate captain Tuesday night. He said he was honored to wear the “A” but was not pleased with his performance, specifically pointing to his third-period slashing penalty on Kyle Turris that extended an Ottawa power play.

?It?s an honor to have it there,” Marchand said, “but I don?t think I really responded very well by taking that bad penalty in the third. I?ll have to be better next game.”

The Senators had some choice words for Marchand when asked after the game about the exchanges.

“I could describe (what type of player Marchand is) in a lot of ways that I’m not going to share with you,” Turris told reporters, via ESPN.com’s Joe McDonald.

“I saw it, and I think it?s intentional,” Ottawa defenseman Erik Karlsson added. “… I haven’t seen any replay or anything, but at the same time I think it?s — he knows it?s Boro, and Boro had a big hit last game. It is what it is right now, and if it?s something worth calling out, I am sure the league is going to do the right thing.”

The Boston Globe’s Amalie Benjamin reported after the game, citing a league source, that Marchand is “likely” to receive some form of punishment from the league.

I was told to use the word "likely" in regards to potential discipline on Brad Marchand by a league source, though nothing is official.

Marchand has played in 34 of the Bruins’ 36 games this season, tallying 11 assists and a team-high 15 goals. He was one of 13 Boston players to record at least one point Tuesday night, finishing with one assist in the win. 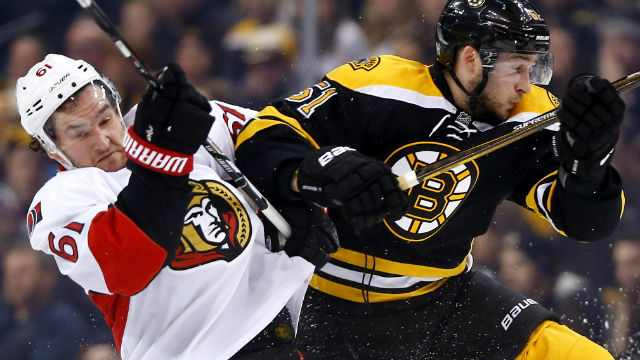 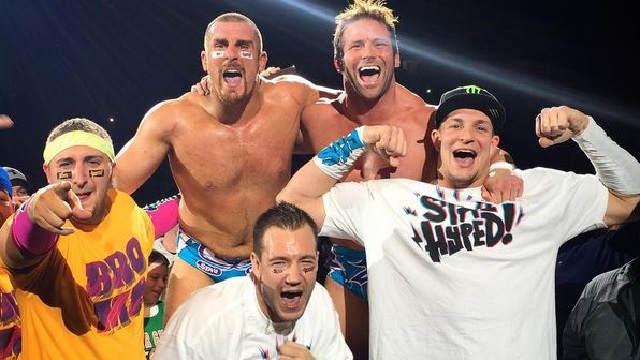