Brad Marchand’s productive Saturday night for the Boston Bruins ended with a swift shot to the you-know-what.

Marchand, who scored a goal, tallied five shots on net and was a plus-3 in Boston’s 4-0 shutout of the Vancouver Canucks, fell to the ice in a heap after Canucks forward Brandon Prust speared him in the groin with with 1:53 left to play in the third period.

The Bruins winger remained down for several minutes while team trainers — and goaltender Tuuka Rask — hustled over to attend to him.

Tuukka Rask quick to check on Brad Marchand after he was speared. pic.twitter.com/gUHbshMXHR

Marchand eventually got to his feet and remained in the game. Prust, meanwhile, was slapped with a 10-minute misconduct and sent to the locker room.

?I think it was Prust,” Marchand told reporters after the game, as aired on “Bruins Overtime LIVE.” “I didn?t really see who it, what happened. He just gave me a jab and got me in the fun spot.”

As for whether Prust’s actions warrant supplemental discipline, Marchand said that is for the NHL to decide.

?I have no idea,” he told reporters. “It?s not up to me, so I?m not really concerned about it.”

Prust’s spear sparked several small scraps between Bruins and Canucks players, with Boston winger Zac Rinaldo earning roughing and slashing minors as well as his own 10-minute misconduct. Vancouver’s Derek Dorsett, who dropped the gloves with Rinaldo in the first period, also was whistled for slashing during the late-game scuffle. 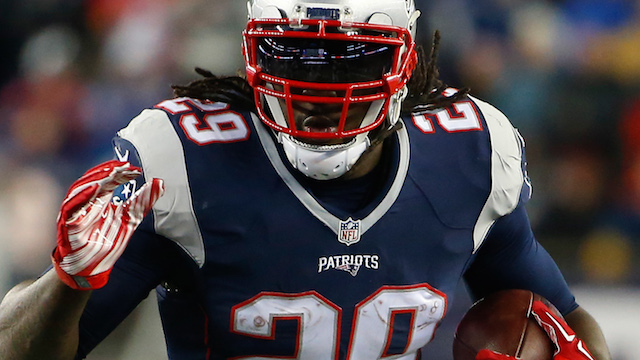