One day before the Boston Bruins and Montreal Canadiens were set to square off in the NHL Winter Classic, the home of the New England Patriots played host to a practice for each team, the first-ever outdoor professional women’s hockey game and the Winter Classic Alumni Game, which Boston won in a shootout.

As the B’s and Habs prepare for Friday’s main event, let’s take a spin through some leftover notes from a busy day at Gillette:

— Mark Recchi, who scored two goals to lead the Bruins’ old-timers, heaped praise on current Bruins center Patrice Bergeron, whom he helped mentor during his two-plus seasons in Boston.

“He’s finally getting the recognition that he really deserves,” said Recchi, who retired after winning the Stanley Cup with the Bruins in 2011. “He’s a special guy. He’s a special player. He always was. He got banged up there before I came back, but to me, he’s one of the top players in the NHL.

“I tell my son, if you want to watch a guy, that’s who you watch. He’s his favorite player now. To me, he’s everything what a leader should be. He’s a bro. He comes to practice every day, he’s a great teammate, and to me, I think he’s a great example of how you win championships in having a guy like him.”

— There was some doubt over whether Torey Krug would be healthy enough to play Friday after he missed Saturday’s game with an undisclosed injury. The Bruins defenseman returned to the lineup Tuesday night, however, and said Thursday that skipping the Winter Classic never was an option.

?I wasn?t going to miss this game,” Krug said. “Not many things could hold me out of it, for sure. I felt good last game, and I was glad I made the decision to get in there and jump in, because it?s tough to jump into a game when you haven?t played, especially (since) I had break — three days of Christmas break — and I only played five minutes the game before. It?s nice to make sure you get a taste of it before you jump into a game like this.”

Given the venue of Friday’s game, Krug also was asked whether he envisioned himself as a Patriots player during the Bruins’ morning practice. Maybe Tom Brady? Rob Gronkowski, perhaps?

— The Pats were a popular topic of conversation on the Canadiens’ side, too, with star defenseman P.K. Subban lamenting the fact that he was unable to cross paths with quarterback Tom Brady.

“You know, Tom, just so much respect for him as an athlete,” Subban told reporters. “I was hoping to bump into him (Thursday) in the hallway. I was probably going to jump on him or something like that. But watching him on TV, and I?m a Cowboys fan, so I don?t know. …

“But he?s a legend. Just to play in this stadium is something special. I know for guys like Condo (goalie Mike Condon) and Flynn Daddy (forward Brian Flynn), who are from Boston and the Boston area here, they understand kind of the history here. But a player like Tom Brady is special. It would have been nice to meet him (Thursday). But we?ll have to save that for another day.”

— Bruins forward and former UMass star Frank Vatrano can’t wait to play in the stadium where his hometown NFL team has enjoyed so much success.

“I wasn?t the biggest football fan growing up, but I?m a big Boston sports fan,” he said. “It?s the team I rooted for whenever I watched football. I?m definitely a Patriots fan.”

— B’s winger Jimmy Hayes, a Dorchester native, expects a lot of family and friends to be in attendance Friday.

“I bought a whole row, so that’s like 22 seats or something like that,” he said. “I’m sure there will be a lot of friends who want tickets.”

Hayes added: “Playing for Boston was a dream come true. Now I get to play in an outdoor game at Gillette. There’s a ton of history in this stadium. I grew up watching that history occur, and to be able to step onto that field and the rink, it’s going to be a fun moment.”

— It’s nearly impossible for players to treat the Winter Classic like a normal regular-season matchup. The atmosphere is unlike anything else most of these players have competed in.

“They do feel bigger,” Bergeron said. “It?s on a bigger stage. Double the amount of fans, if not triple, actually. It?s special to be here. I know with the whole league and everyone watching, it?s a big stage.”

Two important points are at stake. The Bruins trail the Canadiens by a single point for second place in the Atlantic Division, forcing the players to focus as much as possible.

“At the same time, it?s a regular-season game,” Bergeron added. “It?s a big game for us for the standings, and that?s the way we have to approach it.” 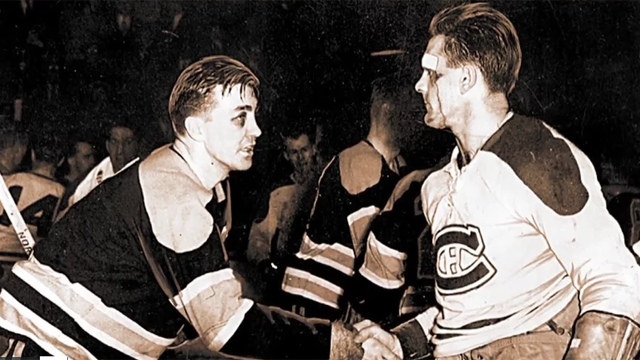