BOSTON — The same old script was playing out at TD Garden.

The Celtics jumped out early over the Indiana Pacers on Wednesday night but saw their lead slip away late in the fourth quarter thanks to some poor shooting.

That’s when the defense went into overdrive.

Boston went on an incredible 12-0 run to close out the game with the help of four steals in the span of a minute and 30 seconds to come away with a rousing 103-94 win that snapped a four-game losing streak.

Isaiah Thomas led all scorers with 28 points in a nationally-televised matchup that saw interesting uniform choices from both clubs. Jae Crowder poured in a season-high 25 points, while Amir Johnson posted 14 points and 18 rebounds for an impressive double-double.

Paul George paced Indiana with 23 points on 7 of 20 shooting.

STEALING A WIN
Did we mentioned the Celtics’ defense went into overdrive?

With the C’s trailing by three at 3-minute mark, Boston’s defense notched four steals in a matter of 90 seconds — including two from Crowder — that all led to fast-break layups and left the Pacers stunned.

LIVING BY THE THREE
The Celtics used the long ball to pull themselves out of an early hole.

Indiana scored the game’s first eight points before the C’s started bombing from distance, hitting three consecutive 3-pointers — including two from Thomas — to quickly pull even.

Boston hit four long balls in the quarter and rattled off a 22-6 run thanks to some impressive defense, which forced two Pacers shot clock violations and several more poor Indiana shots.

KEEPING IT MOVING
Brad Stevens stressed the importance of better ball movement before Wednesday’s game, and his team obliged him.

The Celtics benefited from excellent ball movement in the second quarter, spreading the Pacers out of the paint and repeatedly beating them on cuts to the hoop:

Boston even finished the half with a nice cut, as Marcus Smart found Thomas for the and-one layup on a great inbounds pass to put Boston up by eight at the break.

I liked the weakside action on this BLOB, but Monta, bruh. pic.twitter.com/gj62THV09V

CROWD PLEASER
Much to the delight of TD Garden, Crowder lit it up in the first half.

The Celtics forward’s offensive success continued Wednesday, as he poured in 19 first-half points on 8 of 9 shooting and got the crowd to its feet with some strong moves to the basket:

BY GEORGE
The Celtics withstood an absolute onslaught from the Pacers’ star player in the third quarter.

After going just 1 for 7 in the first half, George caught fire out of the gate in the second, drilling his first five shots, including this ridiculous 3-pointer as the shot clock expired:

George scored 17 of the Pacers’ 27 points in the quarter. Avery Bradley kept the Pacers at bay early in the half with a pair of steals and fast break layups, but the Pacers closed the third quarter on a 9-0 run to pull within two heading into the fourth.

PLAY OF THE NIGHT
Evan Turner found Marcus Smart with a no-look pass in the second quarter: Smart then did this:

UP NEXT
The Celtics are back at TD Garden on Friday night, where they’ll take on a reeling Phoenix Suns team. The Suns have lost 11 of their last 12 games and are plummeting toward the bottom of the Western Conference standings. Tipoff is scheduled for 7:30 p.m. ET. 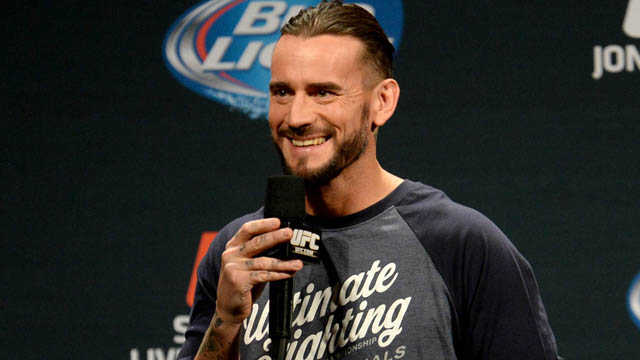 Dana White: Mickey Gall Will Be CM Punk’s First Opponent If He Wins At UFC 196 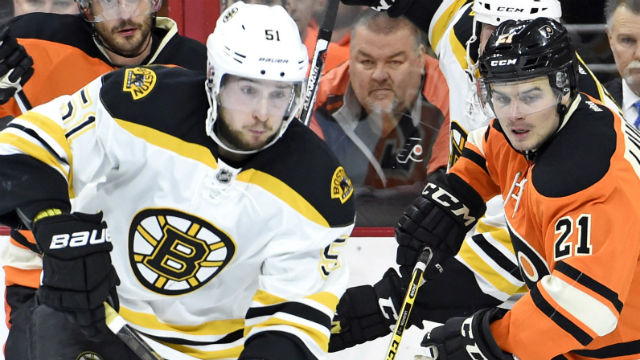