Jon Jones Flips Off Daniel Cormier While Exiting Octagon, Because Why Not? - NESN.com Skip to content

Daniel Cormier sat octagon-side Saturday night in Las Vegas, and Jon “Bones” Jones wasn’t happy to see him there, to say the least.

Cormier pulled out of his much-anticipated UFC 197 rematch with Jones because of a leg injury, but he still showed up at MGM Grand Garden Arena to provide color analysis on the pay-per-view broadcast. Cormier, who lost to Jones at UFC 182 but later claimed the light heavyweight belt by beating Anthony Johnson at UFC 187, watched his rival win a unanimous decision over Ovince Saint Preux, then deliver a pretty blunt message as he left the octagon.

Cormier was asked to respond to Jones’ gesture, and he didn’t hold back.

“My message is this: Get back in that gym on Tuesday, like you said,” Cormier said. “I’m going to see the doctor on Monday. If they say that Daniel Cormier is OK to compete, in 11 weeks at UFC 200, I’ll be there. I’ll be there with my championship belt, with my red wraps on my gloves as I come out second and you wait for me to walk to the octagon. We meet here, live, from T-Mobile Arena, the brand-new arena here in Las Vegas, and we unify these titles.

“Don’t bring that interim belt — you leave that at home. That’s garbage, that’s a play belt. That got that thing from the kiosk upstairs before they gave it to you in the middle of the octagon. Leave that thing at home, Jon, (and) come chase this real title and get beat, and I’ll ship you back to Albuquerque (Jones’ hometown).”

Jones later explained that he flipped off Cormier just to restart the rivalry, excite the fans and “get under his skin.” And Jones, who lost his light heavyweight title while he dealt with numerous legal issues, doesn’t really like the interim belt anyway.

A Jones-Cormier rematch could be just what the promotion needs, especially after the UFC 200 card suddenly and surprisingly lost Conor McGregor earlier in the week. UFC president Dana White wouldn’t commit to Jones-Cormier 2 yet, but it just makes too much sense. 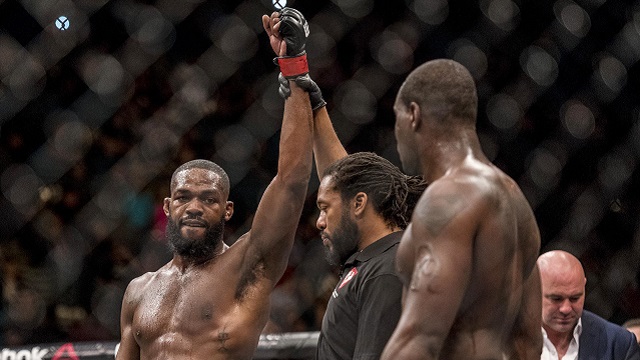 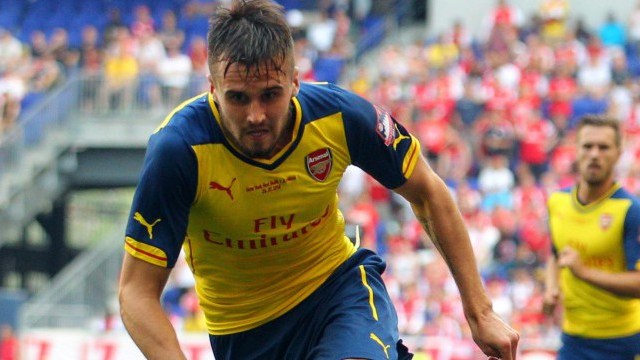