One would think Monday’s matchup against the lowly Tampa Bay Rays would be a cure for what ailed the Boston Red Sox.

Instead, it was just the opposite.

Eduardo Rodriguez endured the worst outing of his brief career, surrendering nine runs in just 2 2/3 innings as Boston reeled to a 13-7 loss at Tropicana Field. For the Red Sox, it was their sixth loss in their last eight games. For the Rays, the win snapped an 11-game losing streak and was their first victory since June 16.

GAME IN A WORD
Cringeworthy.

The Red Sox gave up five runs in the first inning and at one point were trailing 9-0 to a team in the midst of a Major League Baseball-worst 11-game losing streak. Cringeworthy might be an understatement.

IT WAS OVER WHEN…
The Rays jumped all over Rodriguez in the first inning.

Rodriguez allowed a hit to six of the first eight Rays batters he faced, and the Red Sox were down 5-0 in the blink of an eye.

ON THE BUMP
— Simply put, Rodriguez had the worst outing by a Red Sox starter this season. The Rays got to the 23-year-old left-hander right away, plating five runs on six hits in the first inning, then knocked him out of the game in the third inning when Logan Forsythe blasted a two-run homer to deep left field.

Rodriguez allowed a career-high nine runs on 11 hits in just 2 2/3 innings, ballooning his ERA to 8.59. He walked one, struck out two and gave up two home runs.

— Robbie Ross Jr. closed out the third inning with a strikeout and worked a clean fourth. He allowed one baserunner via a walk in 1 1/3 innings.

— Tommy Layne surrendered a run in the fifth on an RBI double by Forsythe. He allowed two hits, struck out one and also committed a throwing error while trying to throw out Rays outfielder Taylor Motter at first base.

— Junichi Tazawa allowed one hit but struck out two batters in a scoreless sixth frame.

— Koji Uehara walked a batter and gave up a two-run homer to Rays designated hitter Nick Franklin in the seventh. He now has allowed five runs in his last two appearances.

— Craig Kimbrel had difficulty in the eighth inning, giving up a run on three hits. He struck out two batters, however.

IN THE BATTER’S BOX
— Bryce Brentz had great night at the plate, going 3-for-4 with a run scored and a two-RBI double in the fourth inning.

— Sandy Leon hit his first home run of the season in the eighth, a two-run blast that “narrowed” Boston’s deficit to 12-6. Leon went 2-for-4 with two RBIs and a run scored.

— Marco Hernandez went 3-for-4 with an RBI from the nine hole.

— The bottom third of the lineup was a bright spot for Boston, as Brentz, Leon and Hernandez combined for eight hits and five RBIs.

— David Ortiz went 0-for-2 but walked twice and drove in a run in the fifth by drawing a free pass with the bases loaded.

— Christian Vazquez pinch-hit for Ortiz in the ninth inning and delivered a single up the middle in his only at-bat.

— Travis Shaw pinch-hit for Hanley Ramirez in the ninth and plated Xander Bogaerts with a sacrifice fly.

— Mike Miller, called up from Triple-A Pawtucket before Monday’s game, got his first Major League Baseball at-bat in the eighth inning and grounded out to shortstop.

TWEET OF THE NIGHT
To say the first inning hasn’t been kind to the Red Sox of late would be an understatement.

UP NEXT
Rick Porcello will take the mound Tuesday for the middle game of the Red Sox’s three-game set in Tampa. The Rays will counter with right-hander Chris Archer. First pitch at Tropicana Field is set for 7:10 p.m. ET. 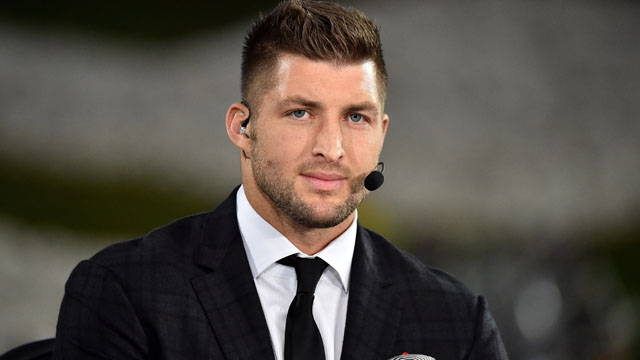 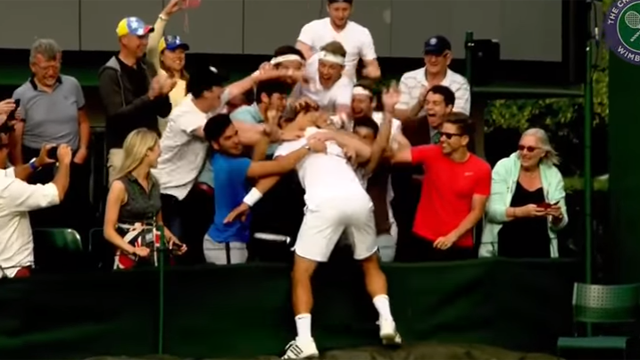 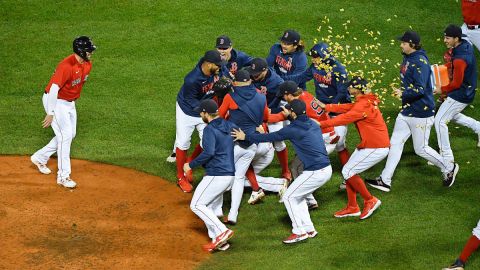 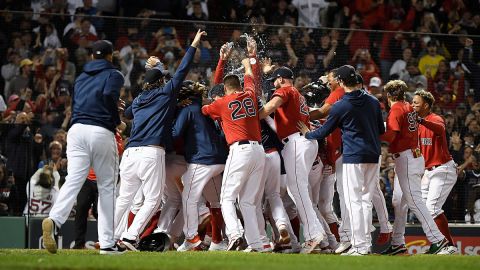 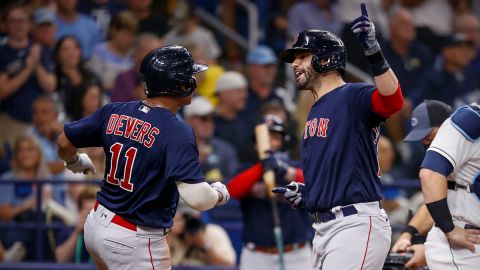