BOSTON — Drew Pomeranz’s first start in a Red Sox uniform was deceiving. Unfortunately for him, his fastball wasn’t.

Twenty-seven of those 80 pitches came in the fourth inning, during which he never recorded an out after walking the leadoff batter and then allowing six consecutive hits for all five runs, including two homers.

It was not the night anyone at Fenway Park was hoping he’d have.

Pomeranz would only admit that he felt his rhythm and timing were off, but he didn’t pin the blame on either his 12-day layoff between starts or the long wait he had in the dugout between the third and fourth innings while his teammates scored five runs to give him an 8-0 cushion.

“I just felt a little off, but I wouldn?t say it?s way off,” Pomeranz explained. “You know, that happens even when you?re in your rotation. It?s just part of baseball. It?s part of pitching. It?s something I?ll address tomorrow in catch and my bullpen in two days.”

It wasn’t the pressure of being the big acquisition or of being in Boston, either, he said. It was just his fastball, and the fact that it wasn’t landing in the catcher’s mitt where he wanted it to.

Because of that, it was landing all over (and out of) the ballpark.

“I threw it in some bad spots,” Pomeranz said. “I was a little off with my rhythm with timing tonight, and that was the thing — my fastball kind of kept shooting back over the plate. And that?s never good against guys any time in this league.

“I was going along pretty good there through the first three. Made some bad fastball location pitches, and they made me pay for it.”

It was an odd turn of events for Pomeranz, who features a fastball, curveball, cutter and changeup. He struck out four batters through the first three innings, three of which came on his fastball.

But on the other hand, of the eight hits he gave up, five came on the four-seamer, including both of the home runs.

Pomeranz admitted he leaned more heavily on the fastball during his second time through the lineup, something that might have been a result of San Francisco’s clear strategy: don’t swing at anything else.

That patient approach paid off. For instance, Pomeranz threw just five non-fastball pitches during the two walks he issued, and the Giants swung at only two.

But don’t be fooled. It wasn’t just patience by the opposition.

Pomeranz delivered first-pitch balls to 10 of the 19 batters he faced. Of the seven who batted against him in that dreadful fourth inning, just two saw first-pitch strikes, and a third took him yard. And of the 21 pitches that weren’t hit during his final inning, only eight were strikes.

That’s abnormally bad for a guy who just deservedly made the All-Star team.

“He’s got some swing-and-miss to his fastball,” Red Sox manager John Farrell explained after the win. “I thought he threw a very good curveball, particularly in the second and third innings. He threw a number of cutters in some fastball counts. But still, the overall command probably wasn?t what he?s typically going to show.”

That last lines suggests that Wednesday’s performance wasn’t just par for the course with Pomeranz. Rather, it was an anomaly, and one both Pomeranz and the Red Sox would soon like to forget. 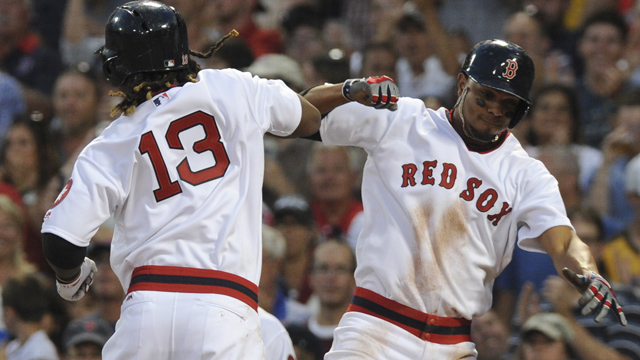 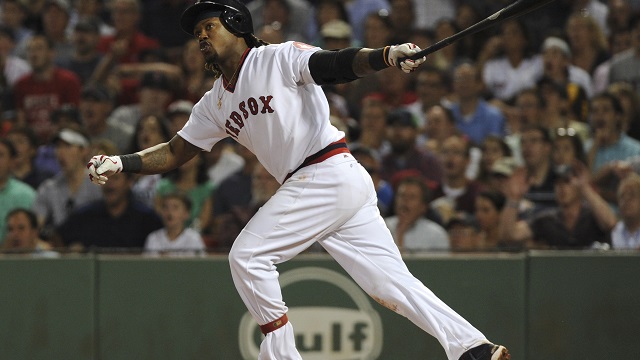