These Eight Indians Players Should Concern Red Sox The Most In ALDS - NESN.com Skip to content

The Boston Red Sox are back in the postseason for the first time since 2013. But repeating their 2013 results will be no easy task.

Boston’s 2016 playoff journey begins Thursday in Cleveland, where the Red Sox will kick off their American League Division Series against the Indians. It’s a matchup of familiar faces, as Red Sox manager John Farrell spent five years in Cleveland as a player, and Indians manager Terry Francona won two World Series in Boston as a manager.

But the players on the field win the games, and the Indians have plenty of guys who can do damage: Cleveland boasted the AL’s second-best offense (777 runs), its second-best pitching staff (3.84 ERA) and its second-best bullpen (3.45 ERA) this season.

So, which Indians players should the Red Sox be most worried about? Here are the top eight.

1. Francisco Lindor, Shortstop
Lindor is the most talented position player on this roster. An All-Star at just 22 years old, he led the team in hits and total bases, racked up 15 homers and 78 RBIs and stole 19 bases. Oh, and he’s also one of the best defensive shortstops in the game.

2. Corey Kluber, Starting Pitcher
The 2014 Cy Young Award winner is the ace of the staff but won’t pitch until Game 2 as he continues to recover from a quad injury. When fully healthy, Kluber is one of the best pitchers in baseball, and if this series goes the distance, he’ll likely start Game 5. The Red Sox would do well to avoid that situation.

3. Jose Ramirez, Third Baseman
Between Lindor and Ramirez, the Indians boast a very strong left side of the infield. Ramirez produced a team-best .312 batting average and stole 22 bases this season to become a major run-scoring threat out of the No. 5 hole. His five errors also were the lowest in baseball among qualified third basemen.

4. Andrew Miller, Relief Pitcher
The Indians’ prized trade deadline acquisition hasn’t missed a beat in Cleveland, striking out 46 batters in 29 innings while allowing just five runs total as the Tribe’s primary setup man. This is the last guy you want to see if you’re trying to mount a late-inning comeback.

5. Carlos Santana, Designated Hitter/First Baseman
Santana is one of Cleveland’s most versatile hitters. The switch-hitter has set the table as Cleveland’s leadoff man and also hit in the heart of its lineup, finishing the season 34 homers while posting a team-best .366 on-base percentage. He’s a threat no matter where he is in the batting order.

6. Jason Kipnis, Second Baseman
Kipnis is a pretty ideal No. 2 hitter. He posted a respectable .275/.343/.462 slash line yet also provides plenty of pop, as his 23 homers and 82 RBIs can attest. On top of that, he’s one of the emotional leaders of this team who has a knack for delivering in clutch situations.

7. Mike Napoli, First Baseman/Designated Hitter
Talk about reviving your career. After flaming out with the Red Sox in 2015, Napoli joined Cleveland in 2016 after a brief stop in Texas to post career highs with 34 homers and 101 RBIs. Yeah, his .239 batting average isn’t great, but if anyone is primed for a “Red Sox Revenge Series,” it’s this guy.

8. Cody Allen, Closer
Miller garners all the headlines, but it’s Allen who shuts the door, and he’s done so very capably this season. He converted 32 of 35 save opportunities this season along with an impressive 11.5 strikeout-to-walk ratio and has allowed just one earned run in his last 16 outings. 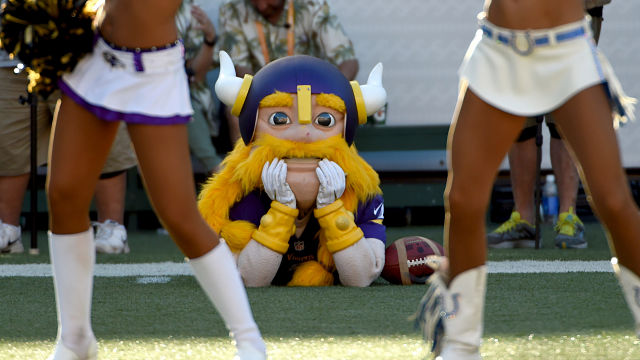