The Major League Baseball offseason is about to be in full swing now that the Chicago Cubs are World Series champs, so it’s time to start looking toward 2017.

For the Boston Red Sox, that means building a team capable of reaching the playoffs for a second consecutive season.

The Red Sox won the American League East in 2016, but they played just three postseason games thanks to the Cleveland Indians, who swept the Red Sox in the AL Division Series. Boston definitely has the pieces for another playoff run, but the club still has some work to do before even thinking about appearing in next season’s Fall Classic.

So without further ado, here’s our primer for Red Sox free agency.

TOP PRIORITIES
Starting pitching depth
Boston’s rotation performed better than many expected in 2016, as AL Cy Young Award candidate Rick Porcello and Co. cruised to the third-best ERA in the AL among starters (4.22) and the third-most wins from starting pitchers in all of baseball (68). The Red Sox could stand to add rotation depth, however, as there was some uncertainty behind Porcello and David Price due to injuries and poor performance.

Unlike last season, the Red Sox don?t have to compete during the offseason for an ace like Price. And in many ways, the six-odd pitchers they used in the Nos. 3 through 5 spots outperformed expectations. However, despite this, holes in the depth of the rotation still revealed themselves, especially when the Red Sox were forced to start guys like Henry Owens and Sean O?Sullivan to often poor results.

Bullpen arms
Boston’s starters struggled to work deep into games early in the season, wearing down the bullpen. Injuries made it hard to solidify seventh- and eighth-inning roles, creating uncertainty in the first half. We saw this postseason how important having a lights-out bullpen has become, and Boston is going to want to keep up with the pack. Carson Smith, who missed most of the 2016 season due to Tommy John surgery, likely will return, but Koji Uehara, Junichi Tazawa and Brad Ziegler all are free agents.

Designated hitter
This one might hurt for some fans, but the Red Sox have to move on from the now-retired David Ortiz. They possibly have another DH on their roster already in Hanley Ramirez, but that still would leave them in need of a first baseman and someone who can hit 30-plus home runs and 100-plus RBIs. The name to watch will be Edwin Encarnacion, who’s a free agent and would certainly add more power to the lineup if Boston signed him.

THREE BIGGEST STORYLINES
What will happen with the Red Sox’s third base situation?
Pablo Sandoval’s expected return likely presents the Red Sox with a logjam at third base, and yet they still probably would like more prodcution at the hot corner. Travis Shaw outplayed Sandoval for the third base job in 2016, but he fizzled out after a hot start. The 26-year-old struggled at the plate and on the field, ending the season with a .242 batting average to go along with 16 errors and a .945 fielding percentage in 105 games at third. Sandoval played in just three games before needing season-ending shoulder surgery, so it’s pretty unknown how he’ll fare in 2017.

The Red Sox have Yoan Moncada, but he didn’t look major league-ready during a September call-up. Brock Holt can play third — and pretty much everywhere else — but the Red Sox seem to prefer him in a super utility role. It should be interesting to see what the Red Sox do at third base this offseason.

How does Boston replace Ortiz?
Talk of what the Red Sox will do without Ortiz and if they’ll be able to sign someone like Encarnacion likely will dominate Boston’s offseason chatter, and with good reason. Big Papi had a career year in 2016, compiling 38 home runs, 127 RBIs, a .315 average and a 1.021 OPS. He obviously won’t be easy to replace, but Boston will have to do it somehow.

Will the Red Sox trade a catcher?
The Red Sox slimmed down their long list of catchers slightly by declining to exercise Ryan Hanigan’s 2017 contract option Tuesday, but that still leaves them with three major league backstops who could wind up as trade bait. Sandy Leon still seems to be the front runner after an all-around great season in 2016, but it wouldn’t be surprising if he came back to earth at the plate next year, which he started to do in late 2016 by hitting .195 over his last 34 games including the playoffs. Do the Red Sox hold onto Christian Vazquez for his stellar defense even though his offense is lackluster (.585 OPS in 2016)? Do they keep Blake Swihart behind the plate or move him to the outfield? Do they try to move any of their three catchers to fill another need? We’ll have to wait and see.

ONE BOLD PREDICTION
The Red Sox will be fine without Ortiz.
Well, maybe not emotionally, but you have to keep in mind just how good Boston’s offense was in 2016. The Red Sox led the league in runs (878), hits (1,598), doubles (343), RBIs (836), average (.282) and OPS (.810). With guys like Ramirez, Mookie Betts, Xander Bogaerts and Jackie Bradley Jr., Boston had production up and down the batting order. Their offense will take a hit without Big Papi, but they still should be one of the best in 2017. 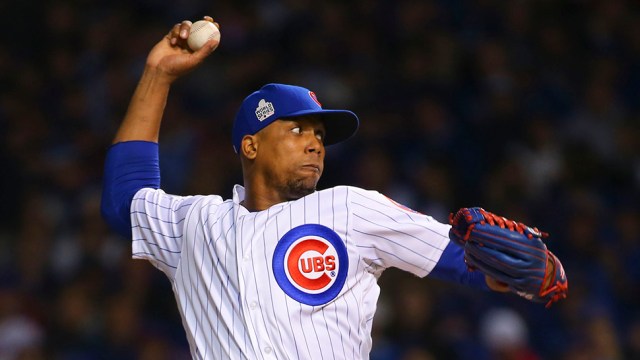 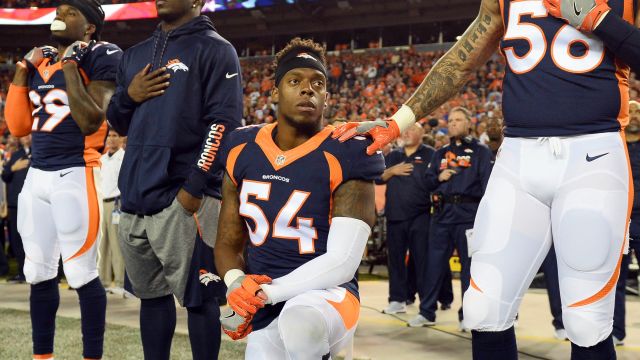