The Boston Red Sox reportedly landed the big one in Chris Sale, and the left-hander appears quite happy with those developments.

The Red Sox acquired Sale from the Chicago White Sox on Tuesday in exchange for four prospects, according to multiple reports. The shocking blockbuster trade prompted swift reactions in Boston and beyond, but how did Sale himself take the news?

According to Chelsa Messinger, a reporter at CBS Fort Myers, the five-time All-Star was back at his alma mater, Florida Gulf Coast, when he heard he’d reportedly been traded.

Just talked to Coach Tolett, Chris Sale was in the FGCU parking lot when the trade broke. Says players all ran up to congratulate him

And while the deal hasn’t been officially been announced, that didn’t stop Sale from posing with a picture of the Red Sox’s logo.

That looks like the face of a man who’s excited to join one of the best starting rotations in baseball.

Why the reported Sale trade is a win-win for Boston, Chicago >> 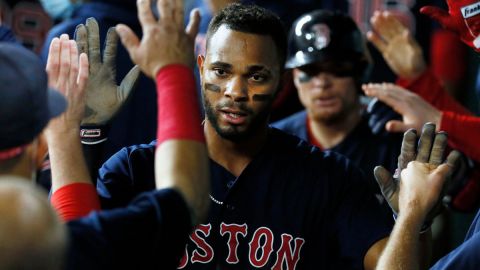 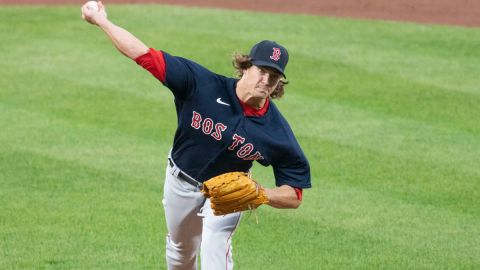