BOSTON — Tuesday was the Bruins’ break-up day, also known as the day we learn of the gnarly injuries they played through over the course of the season.

There were no revelations to the extent of San Jose Sharks center Joe Thornton’s knee injury, but a handful of Bruins certainly played hurt at times during the season. In fact, the injury bug bit the Bruins at the worst time, as Boston entered the playoffs short-handed, ultimately bowing out in the first round in six games to the Ottawa Senators.

Here’s an update on some of the banged-up B’s.

Patrice Bergeron
Bergeron revealed Tuesday that he played most of the season with a sports hernia, which certainly would explain a relatively slow start for the Selke Trophy finalist. Bergeron is unsure if he’ll need surgery, but he should be good to go at the start of next season. After all, a sports hernia is nothing compared to what Bergeron played through in 2013, when he had a broken rib, torn cartilage and muscles, plus a separated shoulder.

David Krejci
The season came to a disappointing end for the forward, who played in just three of the club’s six playoff games and was largely ineffective when he did play. Krejci unsurprisingly acknowledged he again was dealing with a knee injury after taking, well, a knee-to-knee hit in Game 1 of the Ottawa series. Krejci was hopeful he would have been able to play had the Bruins advanced. Krejci said it was the same knee he injured two years ago, which helped speed up his recovery process.

Torey Krug
The defenseman’s injury arguably was the toughest for Boston, especially against Ottawa, where his ability to skate and handle the puck from the back end would have helped the Bruins combat the Senators’ neutral-zone trap. Krug was dealing with a knee injury, and there even was talk about a potential return during the first round. Krug claims he was “really close” to being able to return — he had resumed skating — but he also admitted it might have been tough to get the team doctors to sign off on his return. Had he not been able to return for Game 7, Krug said he “definitely” would have been able to return for the second round.

Adam McQuaid
It once again was a frustrating playoff experience for McQuaid, as the oft-injured defenseman suffered a neck injury during Game 2 of the first-round series.

Brandon Carlo
The young defenseman played in 82 regular-season games and was a welcomed addition to the defense corps. Unfortunately for him and the Bruins, he suffered a concussion in game No. 82, and that setback cost him all six playoff games. Carlo obviously wanted to play, but he realized at a certain point that it was more important to prioritize his long-term health over rushing back into the lineup. 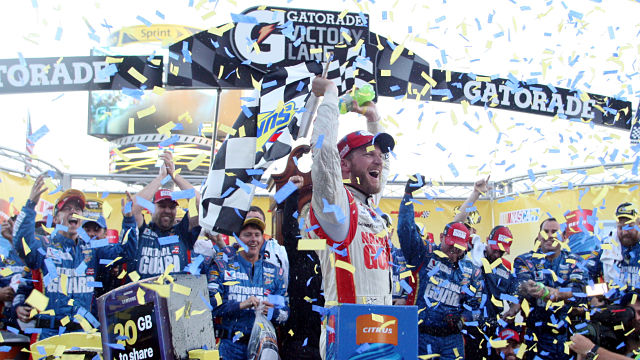 Eight Tracks Where Dale Earnhardt Jr.’s Most Likely To Win One Last Time