TAMPA, Fla. — The New England Patriots’ message to Alan Branch is clear as day: Want to play? Then stop playing like crap.

Branch was left home and will be a healthy scratch Thursday night against the Tampa Bay Buccaneers, NESN.com confirmed. He’s not injured. He’s just playing like he is.

That means the Patriots will leave themselves short-handed at defensive tackle. They have just two traditional 300-pound defensive tackles in Malcom Brown and Lawrence Guy, and both likely will play on first down in the Patriots’ base nickel defense. Their third defensive tackle, undrafted rookie Adam Butler, is just 280 pounds and not nearly as stout as Brown or Guy. Then again, Branch hasn’t been either.

That Branch isn’t playing Thursday night does not mean he’ll be cut, traded or benched for the remaining 11 games. The Patriots similarly left Jabaal Sheard at home last season against the San Francisco 49ers, and he later regained a meaningful role on New England’s defense.

This also isn’t the first time Branch has been punished by the Patriots. He was suspended by the Patriots for a week last summer for violating team rules. He typically plays by his own, not showing up for voluntary team workouts or organized team activities while the rest of his teammates are present in the spring.

That typically means Branch begins training camp on the physically unable to perform list, as he did this summer, and it usually takes him a while to pass his physical. He played in two preseason games this summer.

It’s worth questioning whether Branch will play out his new deal with the Patriots. The Patriots only would take a $1 million cap hit if he’s released this offseason. If he’s not playing well, and if Brown, Guy and Valentine can hold down the reins with help from Butler, then is Branch really worth a $4.7 million cap hit?

That’s what the team will have to decide next offseason. For now, the Patriots have purposely left themselves short-handed while sending a message to Branch. Only time will tell how he’ll respond. 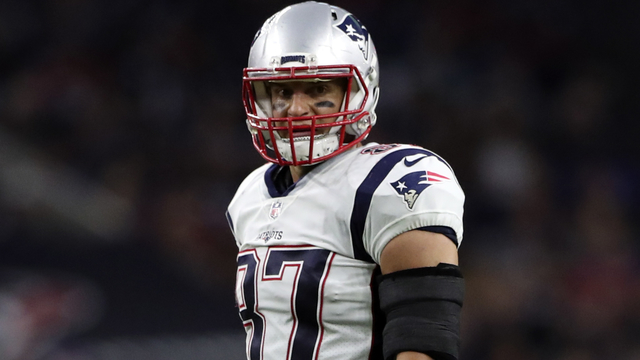 NFL Rumors: Rob Gronkowski Not Expected To Play For Patriots Vs. Bucs 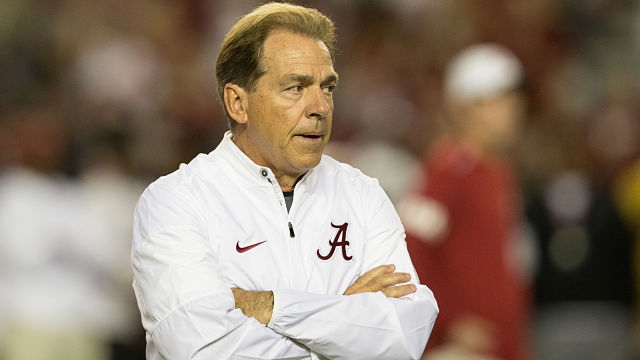 Nick Saban Motivates Alabama With Story About Being Dumped As Teenager