'Whiteout' Fog In Patriots Vs. Falcons Made Film Review A Nightmare For Bill Belichick - NESN.com Skip to content

In the hours following each New England Patriots game, Bill Belichick and his staff flip on the All-22 coaches film and rewatch every play from camera angles not available to the general public.

Mother Nature made doing so after Sunday night’s win over the Atlanta Falcons extremely difficult.

A thick swath of fog descended on Gillette Stadium during the second half of the Super Bowl LI rematch, almost completely obscuring the field from those sitting in the stadium’s upper deck — which just so happens to be where the Patriots’ team cameras are located.

Watching plays from the fourth quarter of the Patriots’ 23-7 victory from that overhead angle, head coach Bill Belichick said, was next to impossible.

“Well, it affected us a lot (Monday) morning, because it’s hard to see the game,” Belichick said Monday morning in a conference call with reporters. “The fourth quarter is pretty close to a whiteout on the sideline film. The sideline cameras are at the top of the stadium, so it’s a tough shot.

“The end zone cameras are a little bit lower, and they get a little tighter shot, so the picture’s a little bit clearer. But on that shot, a lot of times you’re not able to see all the guys on the perimeter. It’s kind of an in-line shot.

“So I’d say the first half, start of the third quarter, it was all right. As you get into the middle of the third quarter and on, it’s — for those of us who have aging eyes — a little strain to see it. And then there’s a point where you can’t really see it at all, especially from the sideline. So, yeah, it affected us.”

Belichick and most of his players agreed, however, that the fog didn’t have a significant effect on the gameplay, as conditions closer to field level were much clearer. That much was evident from the television broadcast, as NBC switched to a “Madden”-esque camera angle once the elements rendered its standard sideline shot useless. “I don’t think it really affected us that much during the game,” Belichick said. “I mean, it wasn’t a clear day. I’m not saying that. But in terms of doing anything different, I thought the receivers were able to catch the ball. The returners were able to handle the punts and the kickoffs. It might have made it a little bit more difficult, but they were able to do it without a lot of problems.

“It was more just tougher for — whether it be our video camera or the fans that were sitting in the upper deck — there was too much interference there. It was probably hard to see the game. I know when we tried to look at pictures in between series — as you know, I don’t look at the tablets, so I won’t get into that — but the pictures, it was kind of the same thing. It was hard to really be able to make out exactly what you were seeing.” 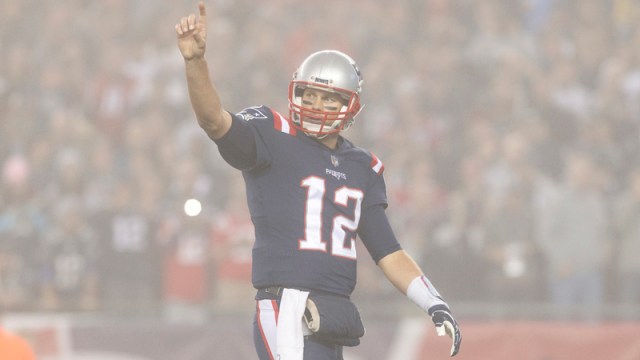 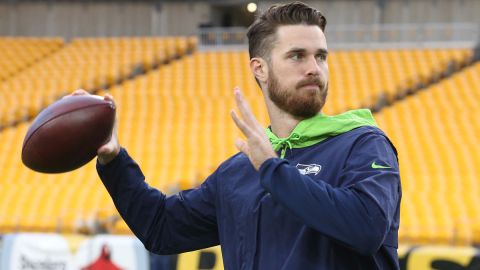 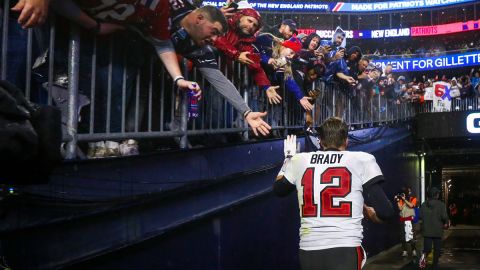