The Boston Bruins certainly had plenty chances to score in Wednesday night’s 4-2 loss to the Anaheim Ducks at Honda Center.

What Boston didn’t have was the finishing touch to capitalize on these scoring opportunities.

Sure, Ducks goalie John Gibson was fantastic and even thwarted a breakaway attempt, but he entered Wednesday with a 5-6-1 record, a 2.90 GAA and a .917 save percentage — which isn’t all that great.

The Bruins simply weren’t able to generate enough traffic in front of the net for dirty goals, and when they had an open shooting lane, they couldn’t pick the corners on Gibson.

It’s no secret injuries have hit the Bruins’ forward lines hard, and it’s the primary reason for their offensive woes.

The team’s best goal scorer, Brad Marchand, didn’t play against the Ducks and won’t suit up Thursday night against the Los Angeles Kings. Veteran center David Krejci has missed several games, although he’s probable to return versus the Kings. Third-line center Ryan Spooner has been out for several weeks, and veteran forward David Backes played in just five games before needing colon surgery.

The Bruins have scored just 44 goals this season, tying them with the Buffalo Sabres for the second-fewest in the NHL. They also have a bottom-10 power play (5-for-33) during Krejci’s absence. Marchand and David Pastrnak have combined for 18 of those 44 goals, which shows the lack of scoring depth on this team with so many players out of the lineup.

The Bruins have six games left in November and all of them are against quality opponents that either made the Stanley Cup playoffs last season or occupy a postseason spot right now. Players have to step up offensively for Boston during this tough stretch of injuries, or making the playoffs could become a very difficult challenge.

Every point matters, and the Bruins will enter Thursday ranked 14th out of 16 Eastern Conference teams in point pace.

Here are a few other notes from Bruins-Ducks:

— Boston’s last victory in Anaheim came on March 25, 2012. Since then, the B’s have lost five straight games at Honda Center by a combined score of 21-9.

— The second period was a frustrating 20 minutes for the Bruins. They spent a ton of time in the Ducks’ zone and had a 26-12 edge in shot attempts and a 15-3 advantage in shots on goal. Yet Boston scored just one goal in the period — Danton Heinen’s third tally of the season — and gave up two as the Ducks took a 3-1 lead into the third period.

Little consolation that the Bruins had a 4:30 (!) yeah you read that right a 4-minute 30-second zone time advantage over Anaheim in the 2nd period.
Easily the most frustrating period of the season. pic.twitter.com/xvZpIlT0oa

— Tuukka Rask didn’t post stellar numbers against the Ducks, but it was hard to fault him on most of Anaheim’s goals. That said, the Bruins need Rask, who’s one of the league’s top 10 goalies, to raise his performance and steal some games while injuries bring down the team’s scoring output. He’s given up three or more goals in each of his last five games. 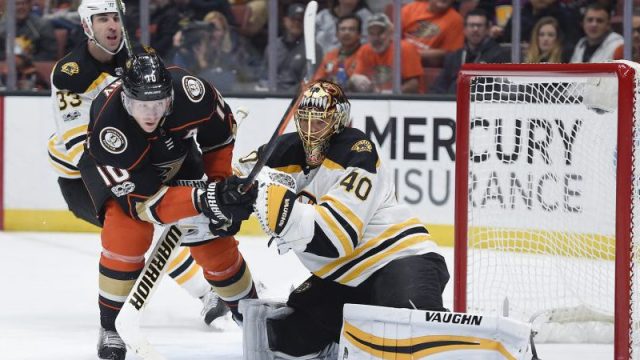 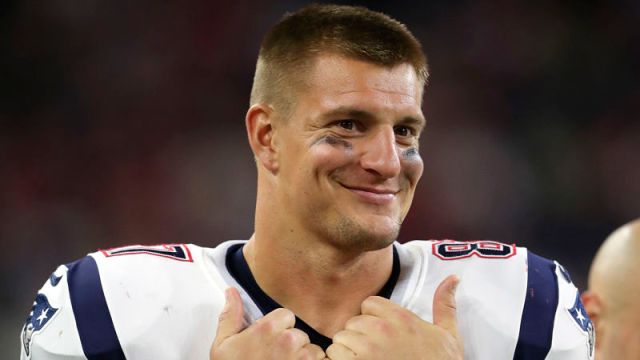