BOSTON — Al Horford’s potential concussion dealt a huge blow to the Boston Celtics, as the talented center was unable to play Wednesday night against the Los Angeles Lakers at TD Garden.

The C’s needed someone to step up in his absence, and Aron Baynes answered the bell.

The Australian center, who’s in his first season with Boston after signing as a free agent over the summer, tied his career high with 21 points, which led the C’s in a 107-96 win over the Lakers.

Did Baynes feel he needed to give a little extra effort without Horford in the lineup?

“It wasn’t so much that, I think we are just great creators on this team,” Baynes said after the game. “I just found myself in the right position. I was just trying to make the right play and finish as best I could. It’s a compliment to the other guys on the team getting me the ball in great position. Marcus (Smart), Kyrie (Irving), all those guys looking for me and I appreciate it.”

Baynes did more than just score for the C’s. He also pulled down eight rebounds, dished out three assists and played a tough, physical brand of interior defense.

Horford’s and Jayson Tatum’s injuries will force other power forwards and/or centers to step up and provide the valuable scoring and defense those two players provide each game. Baynes is part of the group that needs to fill the void, and his performance Wednesday was an encouraging sign for the Celtics, especially if Horford misses multiple games with his concussion.

“Aron was great,” C’s coach Brad Stevens said. “They went small a lot with (Julius) Randle, and then they had a lineup there at the very end that was even smaller without all the bigs. And (Baynes) did a good job rolling all night, and sealing and finishing in and around the paint. Had a couple of put-backs and did a good job.”

Let’s hit a few other notes from Celtics-Lakers.

— Tatum was ruled out at halftime with what the team described as right ankle soreness. The rookie forward had imaging done on his ankle Wednesday night, per Stevens, and was wearing a walking boot to be safe.

Stevens added that Tatum will have undergo additional tests Thursday to try to determine the severity of the injury.

— The C’s have taken advantage of the Lakers’ ongoing rebuild to build one of their longest win streaks against their rival.

The Celtics have won four consecutive games vs. the Lakers, marking their longest winning streak vs. LAL since winning 10 in-a-row from March 10, 1974 to Nov. 10, 1976

— Boston has allowed 94.6 points per game this season, which is the best mark in the league. The team is holding opponents to just 92.5 points per game during its current win streak. The C’s also rank third in opponents’ 3-point shooting and held the Lakers to just 5-for-24 from beyond the arc Wednesday night.

— Backup point guard Terry Rozier led Boston’s bench with 14 points, including a buzzer-beating 3-point bank shot at the end of the first quarter.

Rozier also pulled down eight rebounds and has tallied five or more rebounds in each of his last three games.

— Second-year forward Jaylen Brown shot 3-for-11 from the field, but he grabbed a team-high 12 rebounds to go along with nine points.

— Smart also didn’t shoot well, but his defense was solid as usual. This block on Lakers rookie point guard Lonzo Ball was one of the most exciting plays of the night:

— Ball has an odd shooting form that’s drawn plenty of criticism, and it doesn’t help that he’s shooting just 29.9 percent from the field through his first 11 games. Wednesday night wasn’t any better for him, either. Ball made just four of his 15 shot attempts, including a 1-for-5 mark from 3-point range in a 9-point performance over 39 minutes.

Lonzo on why his shot is struggling: ?It?s just in my head, to be honest. I know I can shoot the ball.?

Asked him if he?s still working on his footwork: ?Yeah just trying to work on balance. That?s what Luke & Magic have been telling me. Just mostly popping right now & balance.?

Ball already is a tremendous passer and pushes the tempo at a high level, but he must improve his shooting to become a dominant NBA player. 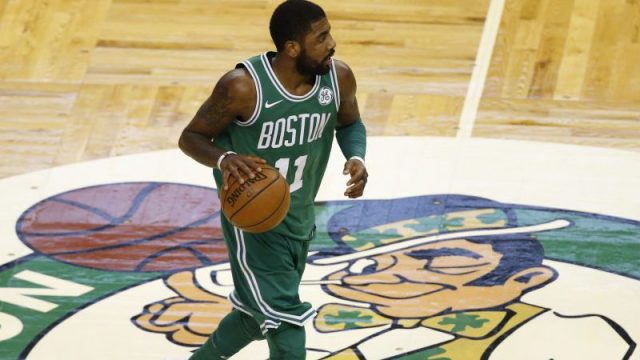 Kyrie Irving Admits Celtics Vs. Lakers Had ‘Different Buzz’ Than Other Games 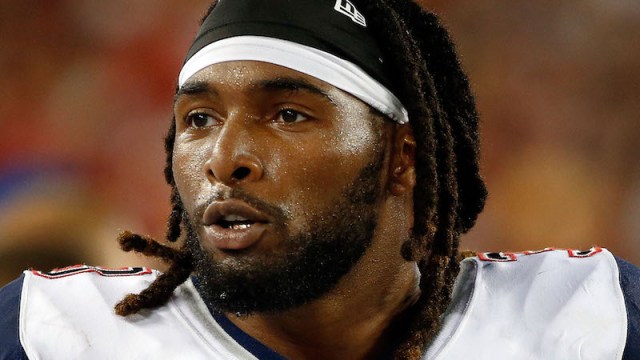 Why Is Brandon Bolden So Beloved Among Patriots Teammates, Including Tom Brady?