Lewis Hamilton is running a sweepstakes in honor of men’s health awareness month, but you don’t have to be able to grow your facial hair to enter.

Hamilton has partnered with L’Oreal Men Expert to give away a VIP trip to the Formula One season finale in Abu Dhabi, and people can enter by donating to the Movember Foundation. The amount of times fans’ names will be entered in the sweepstakes is based on the size of their donation, with every dollar they spend earning them ten entries.

In addition to a business class flight to the Abu Dhabi Grand Prix and accommodations in a five-star hotel, the contest’s winner will attend the race as the four-time world champion‘s guest, and have access to Mercedes-AMG Petronas’ hospitality unit at Yas Marina Circuit.

I want YOU to come hang in the paddock with me for the Abu Dhabi Grand Prix as my VIP! All helps Movember.
GO ?? https://t.co/OMN8IqerXh pic.twitter.com/idbR8lny2L

This year, the final race in Abu Dhabi should produce some exciting on-track action, as both the constructor and driver titles have been decided, giving teams freedom to gamble to maximize their results. 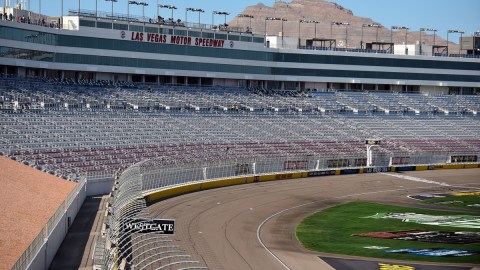