Daniel Theis has made Danny Ainge look like a pretty smart man.

In bringing in Gordon Hayward and Kyrie Irving among other transactions, the Celtics president of basketball operations made no shortage of big moves this offseason. But proving to be among them on a smaller scale was his decision to sign a 25-year-old German who went unselected in the 2013 NBA Draft.

And that vision from Ainge was put on full display in the Celtics’ 117-92 win over the Chicago Bulls on Saturday night at TD Garden.

Theis posted his second double-double of his NBA career, scoring 10 points while adding a career-high 15 rebounds.

Like any player from overseas, there always is the question of how their game will translate to the NBA. And Theis — who played eight professional seasons in Germany before coming stateside — has done exactly what he was signed by Boston to do.

The easy thing to pick on about his game is his rebounding ability, which has been an absolute game-changer for Boston. Following a 2016-17 campaign where the Celtics were manipulated on the boards nightly, the fact that they now have a player they can lean on to come off the bench and clean the glass was a much-needed addition.

But in a game such as Saturday’s where the Celtics were getting worked over on the glass during the first half, for Theis to be able to help eradicate those issues in the second half helped pave the way for Boston’s dominant third quarter.

But away from the stat sheet, Theis’ intangible contributions for the second unit has been imperative in the cohesiveness of the group. And in some cases, it has contributed to the growth of some players.

For instance, point guards off the bench — most fittingly Terry Rozier, who is having a breakout season of his own — have been able to drive to the hoop with that peace of mind that Theis can clear the lane. His presence in the paint on defense allows both guards and forwards to defend with a little more aggression on the perimeter than most bench units can.

With so much uncertainty surrounding Marcus Morris’ knee, and the otherwise routine injuries that present themselves over an NBA season, Theis contributions will continue to be an integral part of the Celtics’ success. Especially late in the season, we’ve seen head coach Brad Stevens not shy away from tinkering with the starting lineup when needed.

And Theis is proving with each game that he is willing to step up when needed.

Ainge made plenty of smart moves during the offseason, but the initially under-the-radar inking of Theis could prove to be as intelligent as the rest by season’s end.

Here are some other notes from Celtics-Bulls:

— The Celtics posted a season-low six turnovers in the win.

— Irving and Jaylen Brown combined for 45 points on 64-percent shooting.

— The Celtics have held opponents to less than 100 points 20 times this season, most in the NBA. 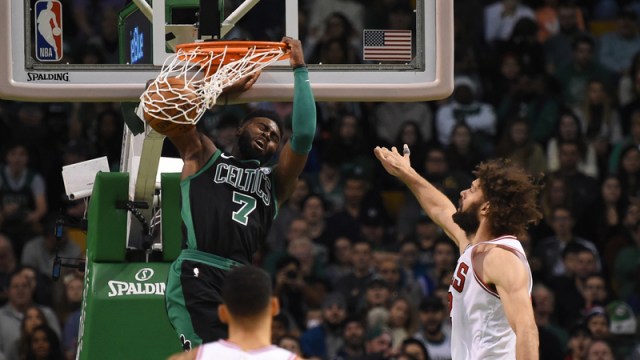 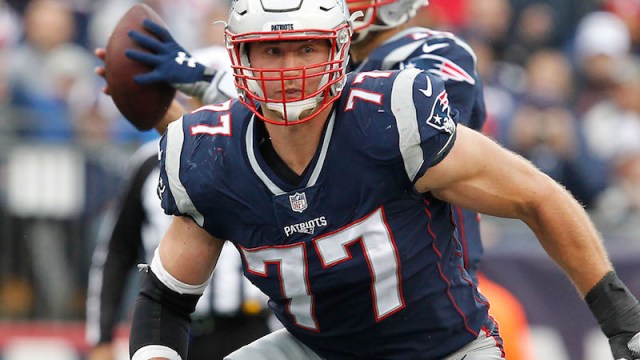