BRIGHTON, Mass. —  Depth arguably is the most valuable part of any roster during the Stanley Cup playoffs because the physicality of the postseason usually leads to injuries and players playing at less than 100 percent.

The Boston Bruins didn’t have the ideal amount of depth last season, particularly on the blue line as injuries played a huge part in their six-game first-round playoff series loss to the Ottawa Senators.

It’s clear that adding vets to a roster that features many young, inexperienced players in prominent roles was an objective of the Bruins entering the deadline.

“Well, I think that is something we were pretty aware of,” Sweeney said Monday after the 3 p.m. ET trade deadline. “They?re going through some of these things. We learned from that last year when some of the guys were going through their first playoff experiences. David Pastrnak is a great example of that.

“We made a move this year to really integrate some of the younger players and credit to them, but it?s a long schedule, and they?re going through that for the first time. I think some of the guys that have been there can help them continue to wade through that. We fully expect to keep them. Brandon (Carlo) sat out another game (Sunday night), but again, he can come back into the lineup and re-insert himself pretty quickly, and other guys may need a breather or not depending on their play. It?s always about the performance, but I think you?re right in the fact that having some veteran players around that have been through this will help guide them down the right path.”

Nash will be a focal point of Boston’s offense, and it’s likely he’ll be David Krejci’s right winger on the second line, where he played Sunday night against the Buffalo Sabres. Wingels brings a lot of different things to the table, including versatility in being able to play up and down the lineup as a center or winger, in addition to his penalty-killing ability. Gionta probably will be an extra forward, but he does bring a lot of playoff experience and won a Stanley Cup in 2003.

Holden’s addition gives the B’s nine NHL-caliber defensemen and a veteran who can step into the third pairing if an injury or a young player struggling forces head coach Bruce Cassidy to make a lineup change.

The Bruins have as good of a chance to win the Stanley Cup as anyone in the league. There isn’t an overwhelming favorite, even after contenders such as the Pittsburgh Penguins and Tampa Bay Lightning made good trade-deadline moves of their own.

Boston had to add depth at forward and the blue line to give themselves a real shot at surviving what should be an intense Eastern Conference playoffs, and they did just that before Monday’s deadline. 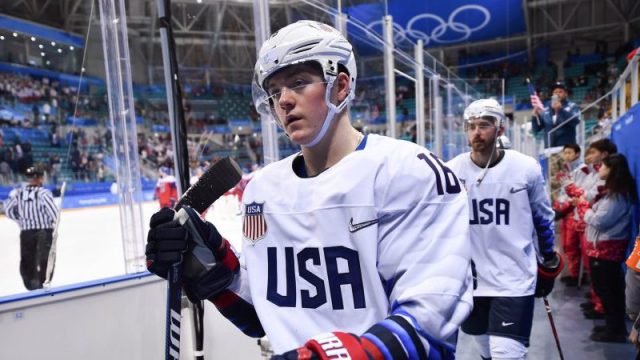 Bruins ‘Excited’ About Ryan Donato’s Development Path, See Him As Winger In NHL 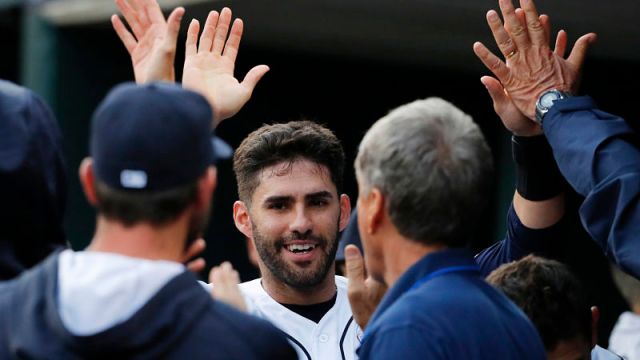