With the NFL still in the midst of the post-Super Bowl lull, let’s get right into this week’s mailbag.

Could Jimmy Graham really come to New England?
— @cjmcmahon_NH
I would be surprised. Rob Gronkowski probably would have to retire for the Patriots to sign Graham, and Graham isn’t a Gronkowski replacement, since he’s not the same type of blocker. He’d have to come very cheap, and I don’t suspect he will.

Graham hasn’t lived up to expectations with the Seattle Seahawks, but he did have 10 touchdowns last season. There are teams with more salary cap room than New England that probably will be willing to pay more for Graham’s services in free agency.

Speaking of Gronkowski, though, the Patriots might have to push the issue on whether he’s serious about retiring. There’s really no replacing Gronkowski, but the team probably would like to know his plans before they ultimately decide to release Dwayne Allen or Martellus Bennett.

One interesting player available in free agency who could offset the potential loss of Gronkowski is Tyler Eifert. The Cincinnati Bengals tight end appeared in just 10 games over the last two seasons due to injuries, but he was a versatile player in 2015 and was rewarded with a Pro Bowl nod. New England would need to have insurance in other tight ends before counting on Eifert, but he’d be a low-risk, high-reward free-agent pickup.

What would Gronk?s signature finishing move be in WWE? K#MailDoug
— @ThisisRyanS
Maybe a choke slam but call it the Gronk Spike?

Marcus peters or Richard Sherman which one should the pats try to trade for?
— @Pollock_Jt
Whichever one is cheaper, which I assume would be Sherman, since he’s older, coming off a torn Achilles and entering the last year of his contract.

The Patriots definitely need a starting-caliber cornerback to play opposite Stephon Gilmore, and Peters, Sherman and Talib all are attractive, low-risk, short-term options who would improve New England’s secondary immediately. It seems to make a lot of sense to snag one of those players if they become available.

But will they actually be available?

How do you feel about Zach Brown or Jerrell Freeman?
— @Eduardo071397
I would look into signing Washington Redskins linebacker Zach Brown, but I also would have considered signing him last offseason. Since the Patriots never seemed to show interest in him last year, then I would be a little surprised if they did this offseason.

New England definitely needs an upgrade at linebacker in 2018, and bringing in an athletic player who can cover is paramount.

If the Patriots had the number one overall pick, who would you take?
— @patsenforced12
That’s tough. I might consider taking one of the quarterbacks. I haven’t studied them that closely, but I like Baker Mayfield and Josh Rosen.

Then again, this is a deep quarterback class, so maybe take NC State pass rusher Bradley Chubb first overall and then grab a quarterback later, since it’s a deep class.

But the Patriots don’t have the No. 1 overall pick, so whatever.

Is it wrong to feel like pats will get much better just getting people back from injuries? (Edelman, Hightower, Mitchell(?), Rivers, Cannon, etc?)
— @s3sayles
No, but that also kind of assumes perfect health in 2018, right?

Everyone, myself included, expected the Patriots to be even better in 2017 than they were in 2016. Remember all that 19-0 talk? Then a bunch of players got hurt, New England got off to a slow start and wound up losing the Super Bowl.

So, maybe the Patriots should be better on paper to start the 2018 season than they were last season. But we’ll see if that actually happens.

Doug with comments that both Stephen A Smith regarding Butler?s benching along with Lane Johnson?s comments. Are their any concerns that free agents might think twice about signing with Pats?
— @TommyG64010544
This won’t be popular, but yeah, maybe. The Butler benching definitely would give me pause if I were a free agent considering signing with the Patriots. Malcolm Butler’s free-agent value dipped because he was benched in the Super Bowl. By how much? We’ll never know. But getting benched in the most important NFL game of the season changes the perception of a player, especially when it comes with absolutely no explanation.

If the Patriots won the Super Bowl, then maybe it wouldn’t have affected a free agent’s willingness or excitement to come to New England, but NFL players have short memories. So, while the Patriots obviously still are considered one of the best teams in the NFL, the Philadelphia Eagles are the hottest.

I also don’t think it’s that big of a deal if some free agents are turned off by the Pats. How often does New England find itself trying to outbid on and sign high-profile free agents? It’s pretty rare.

Opinion on Dorsett being on the 53 this coming season and McDaniel?s using his and cooks? speed to keep D?s uncomfortable. Felt he should?ve been used more and showed when given the ball, he makes plays.
— @Joe__Byrnes
I can’t say my hopes are super high for Phillip Dorsett being a major contributor next season, since he’d be fifth on the depth chart at best behind Julian Edelman, Brandin Cooks, Chris Hogan and Danny Amendola (assuming he comes back). I think Dorsett could be better with an entire offseason in Foxboro under his belt, though.

With the start of spring training, which Pats player of the past 18 years would have made it in MLB?
— @rlbyrne29
Tom Brady would have been the greatest catcher of all time and saved the Montreal Expos.

hey DOUG can Pats get every player in the league for cheap and/or trade for all the players for late round draft picks? asking for a friend tnx
— @LP__81
Hello. No.

Just curious on your thoughts if Carlton Davis. He?s a corner out of auburn
— @patsenforced12
I have no thoughts. Thoughts on draft prospects will come after the combine.

When will you issue an apology to fans for losing the SB because of your ego? Smh Doug. #MailDoug
— @StephenPorier
Stephen, I already did!

@DougKyed #borninboston I am over Patriots and NFL American sports are going to hell big money is what its about throw in bad actors might as well go back to Roman gladiator death in every bout
— @chiefshamus
#BorninEdmondsWa. Thanks for your thoughts, Chief, but that is in no way a question. Questions contain question marks, and your tweet didn’t even have punctuation.

#maildoug Is it too late for me to make an NFL team?
— @MrQuindazzi
Gotta believe.

what are your top five condiments? #maildoug
— @JeffWIIM
What a terrible question, Jeff.

What is your favourite pizza in Boston?#MailDoug
— @Phil_Me_Up_
I guess I’ll go Regina, though I do like Santarpio’s a lot, too. Ernesto’s is also solid.

Outside of Boston, it’s Town Spa.

Do you go cover the combine?
— @JustinMH90
Yes, I’ll be in Indianapolis next week.

Would you rather spend the rest of your life with permanent chesidue fingers from doritos, cheetos, etc. or only be able to converse via PowerPoint?
— @OnTheInternet10
I’ll take permanent chesidue (is that a real term?) fingers. Can I pick Cheetos over Doritos, though?

This would be my friend Zac’s biggest nightmare. He hates flavor dust.

When will you take one of my questions?
— @DONOTIS11
Never.

Will you take one of my questions ffs? (plis)
— @LorenzinRive
Yes, but it’s this one.

Do people really want Brady?s successor? Can?t we go all in while the greatest player in NFL history is on our team? Add defensive talent with those picks. What is wrong with this fan base? Spoiled.
— @albinybene
Is the other option to fold the team after Brady retires? Because that doesn’t seem like a great idea.

To answer seriously, I think the Patriots have to a take a quarterback in the first three rounds (preferably top two rounds) of this year’s draft. Other glaring needs can be filled with short-term options via free agency and trade. New England needs a young quarterback to groom for a few years under Brady. 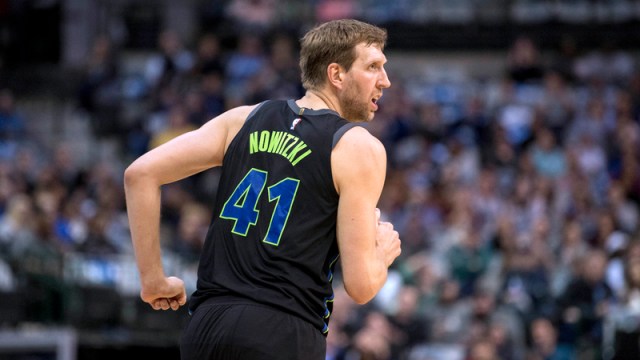 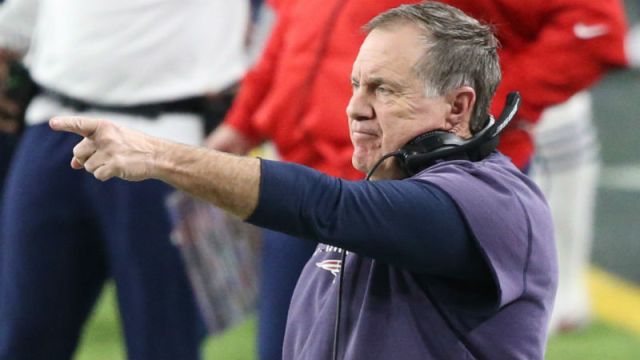