Jackie Bradley Jr.’s inconsistency at the plate is frustrating to watch at times. But when he’s on, he’s on, and the Boston Red Sox are reaping the benefits of his latest hot streak.

Bradley drove in two of the Red Sox’s three runs Wednesday against the Washington Nationals, going 1-for-3 with a double in Boston’s 3-0 win. The Sox center fielder now has eight RBIs over his last eight games and has reached base safely in 13 of his last 14 contests.

Of course, we’ve seen spurts of success out of Bradley before — remember that 29-game hitting streak in 2016? — and his issue always has been maintaining that success.

If he can, though, it bodes very well for Boston. Check out these eye-opening stats:

That’s right: The Red Sox haven’t lost a game this season when Bradley drives in just one run or more, and they’re an impressive 18-1 when he tallies an extra-base hit.

Those numbers make sense: Bradley and the catcher position (Christian Vazquez and Sandy Leon) have been the lone weak spots this season in a potent Boston lineup, so if Bradley is contributing, the Red Sox present a serious problem for opposing pitchers. Bradley usually bats ninth behind superstar leadoff man Mookie Betts, and if he’s getting on base consistently, there’s a good chance Betts or Andrew Benintendi will drive him in.

That Boston sits 30 games over .500 with one of its regular players hitting .202 is a testament to the depth of its offense. But if Bradley can sustain some production at the plate going forward, well, watch out.

Here are a few other notes from Red Sox-Nationals:

— Rafael Devers had a bit of an adventure on the basepaths in the seventh inning. The 21-year-old scored from third base on a Bradley sacrifice fly but nearly got thrown out after he hesitated and slid awkwardly into home plate.

Don't worry about that awkward slide at the end, Devers is still in the game at Third Base. #redsox https://t.co/CRukEj5saV pic.twitter.com/0L5T9lzKbM

Devers avoided serious injury, according to Alex Cora, but he couldn’t dodge a playful jab from the Red Sox manager.

“We need to coach him how to slide, I think,” Cora told reporters after the game, as seen on NESN’s postgame coverage. “It’s kind of like a car wreck every time he slides.”

— Cora did say the Sox might give Devers the night off Friday for their series opener against the Royals in Kansas City to allow the young third baseman to recuperate.

— The Red Sox now are the only team in baseball with two 10-win pitchers, as Eduardo Rodriguez tied Rick Porcello for the team lead by notching his 10th victory Wednesday.

— Boston’s sweep apparently did a number on the Nationals; Washington held a team meeting after Wednesday’s loss, which dropped the preseason National League East favorites below .500.

“It’s ‘Let’s get this thing going,’ ” Nats infielder Trea Turner said of the meeting, via The Associated Press. “We all know we’re capable of playing better baseball. It’s time we do it. It’s do or die now.”

— America celebrated its 242th birthday Wednesday, and the Red Sox dressed accordingly as they boarded their team plane to Kansas City. 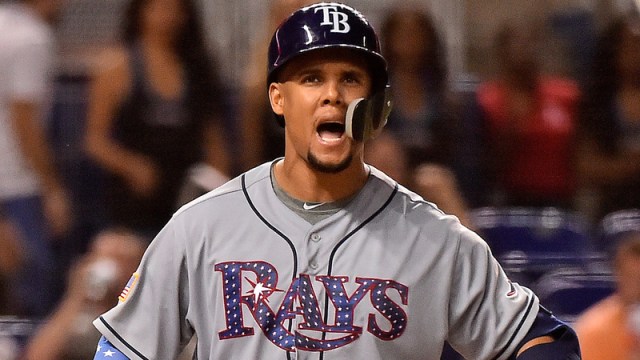 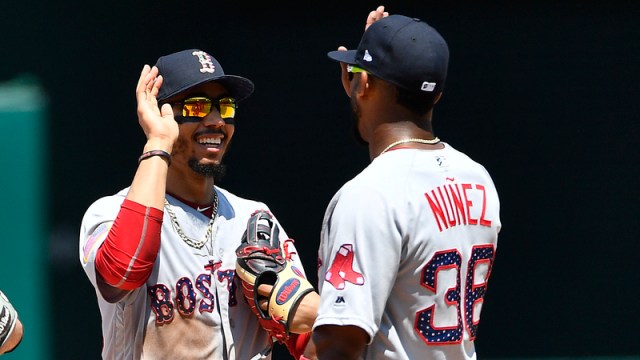