CHICAGO — Don’t look now, but James White is in the midst of one of the best seasons ever by a pass-catching running back. And that’s no exaggeration.

White, who caught eight more passes on 10 targets for 57 yards and two touchdowns in the New England Patriots’ 38-31 win over the Chicago Bears on Sunday, has racked up 45 receptions and six receiving touchdowns this season, making him the first back in NFL history to reach those marks in his team’s first seven games.

The NFL record for receptions in a season by a running back is 102, set by Matt Forte in 2014. White is on pace to finish with 103, which would shatter his previous career high of 60.

He’s also on pace for 14 receiving touchdowns, which would smash the post-merger record of nine shared by Marshall Faulk, Chuck Foreman and Leroy Hoard, and 865 receiving yards, which would be the third-most by any back since 2000 behind Charley Gardner (941 in 2002) and David Johnson (879 in 2016).

?I know I talk about James White a lot, but you just couldn?t ask for a better player, a better teammate,” quarterback Tom Brady said Monday on WEEI’s “Kirk & Callahan.” “Someone who is as dependable and consistent as he has been for as long as he?s been here. It has just been an incredible thing for me to watch.?

Brady advocated for White to take on a more prominent role in the offense following New England’s ugly Week 3 loss to the Detroit Lions. Since then, he leads all Patriots players in targets (41), catches (31), receiving yards (255) and receiving touchdowns (four) despite the return of Julian Edelman and the emergence of Josh Gordon.

White rarely makes significant contributions in the running game, but he was forced to Sunday after fellow running back Sony Michel suffered what appeared to be a serious knee injury on the first play of the second quarter. With Michel lost for the game, White carried the ball a career-high 11 times for 40 yards, including rushes on each of the Patriots’ final eight offensive snaps.

Kenjon Barner, the only other back on New England’s 53-man roster, also set a career high with 10 carries for 36 yards in the win.

“It?s hard to remember (a dropped pass),” Brady said of White on “K&C.” “He has incredible hands, his run-after-catch. Then, with Sony going down (Sunday), he assumed just a normal tailback position on first and second down. He was in there on the four-minute offense running the clock out and making great runs and great decisions. It?s an incredible job he has done and he is doing. He?s really invaluable to our team.? 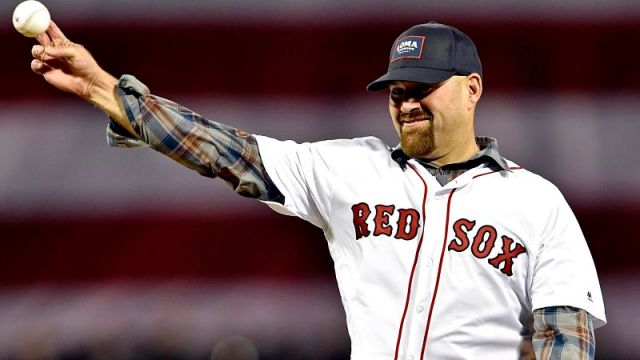 Who Should Throw Out First Pitch For Red Sox At World Series? We’ve Got Ideas 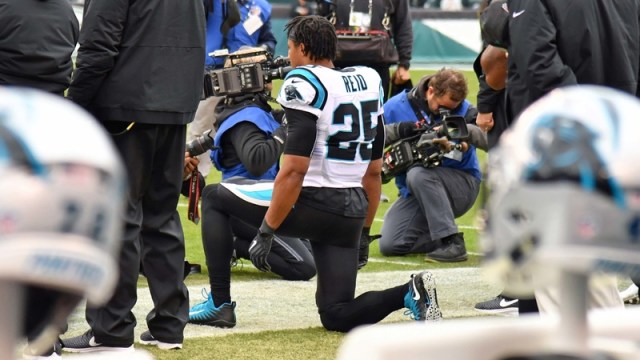