BOSTON — Yep, the Celtics have found their form.

It was a sound performance from Boston pretty much wire-to-wire, despite injuries to some key players. Kyrie Irving (shoulder), Al Horford (knee), Aron Baynes (ankle), Gordon Hayward (illness) and Guerschon Yabusele (ankle) all were out.

Still, Boston was efficient on both ends, shooting 49 from the field in addition to keeping the visitors right at 100 points. The Celtics never trailed after tying the game with 4:24 in the first period.

LATE SURGE
Little separation could be created by either side during the first period, but a 9-0 run towards the end of the frame gave the Celtics a 28-21 advantage after 12 minutes.

The opening stanza featured seven lead changes and four ties, but the highlight of the quarter easily was a big play by Celtics rookie Robert Williams. The big man electrified the crowd when he blocked Davis right at the rim.

NARROW SECOND
It was level-pegging in the second period, with the Celtics ultimately heading into the break ahead 59-53 after getting outscored by the Pelicans 32-31.

Neither side would let the other really get into a rhythm on both ends, as the Pelicans posted a 6-0 run at one point while the Celtics had a 5-0 stretch of their own.

Though their lead didn’t get bigger than 11 in the half, the Celtics mostly were efficient on the offensive end when they attacked the rim. They shot 51-percent from the field (24-for-47) but only hit two of their 14 3-point attempts. Boston outscored New Orleans 26-24 in the paint.

Davis had a game-high 18 points in the first half. Tatum led the Celtics with 15 points through the first 24 minutes.

C’S MAINTAIN CONTROL
The Celtics took an 83-72 advantage into the final frame, outscoring the Pelicans 24-19 in the third.

Morris came storming out of the break, putting together a 9-3 run by himself in the first 1:22 by knocking down treys on three consecutive trips down the floor to up the C’s lead to 13.

Morris knocks down his third triple in a row! ??? pic.twitter.com/DISp1tVGqT

Although their lead got cut to single digits during the middle portions of the third, the Celtics got their advantage back up to 15 in the final minute of the period. The Pelicans finished the frame strong, however, scoring four points in the final 20 seconds.

Morris and Randle each had nine points in the third quarter.

BOSTON SLAMS THE DOOR
The Celtics made sure they didn’t allow the Pelicans to make things interesting in the final stanza, outscoring New Orleans 30-28 in the final 12 minutes.

Although the Pelicans strung together a few quality offensive possessions, Brown pretty much put the game away by drilling two triples in the middle part of the frame, the latter of which upped Boston’s lead to 103-81 with 6:06 to play.

Brown knocks home the corner 3 with the shot clock winding down ? pic.twitter.com/cHJXzGvQjr

PLAY OF THE GAME
So smooth.

Brown hits Tatum with the outlet pass and Tatum spins away from the D for the slam! pic.twitter.com/uDwEpdmjKf

UP NEXT
The Celtics will hit the road for a matchup with the Washington Wizards on Wednesday. Tip-off from Capital One Arena is set for 7 p.m. ET. 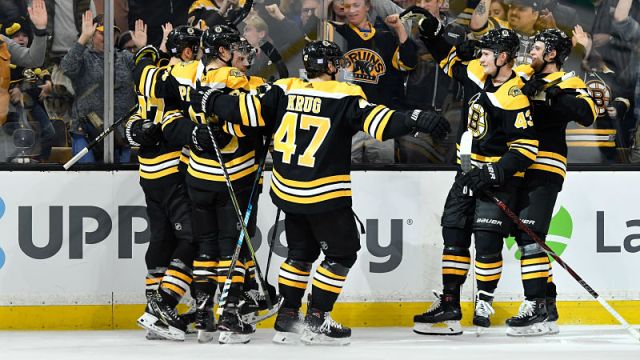 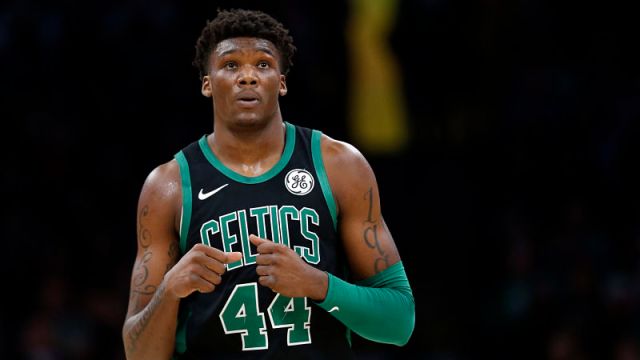