PITTSBURGH — Don’t point the finger at the New England Patriots’ defense after the team’s Week 15 loss to the Pittsburgh Steelers.

Wrong or right, the defense has been scapegoats all season for Patriots fans, but, for the most part, they did their job Sunday, limiting the Steelers’ offense to 17 points and 376 yards.

The defense certainly had its struggles defending the run, allowing 142 yards on 19 carries to Steelers running back Jaylen Samuels. But they also kept the offense in the game, limiting Steelers quarterback Ben Roethlisberger to 235 yards, two touchdowns and two interceptions, wide receiver Antonio Brown to four catches for 49 yards with a touchdown and wide receiver JuJu Smith-Schuster to four catches for 40 yards.

The Patriots’ offense, on the other hand, committed penalties all game and managed just 10 points and 368 yards.

Wide receiver Julian Edelman, who had a drop and was flagged twice but also led the team with seven catches for 90 yards, feels the Patriots’ offense let their defense down.

“Without a doubt,” Edelman said. “They held a good team to 17. We hold ourselves to a high standard, but we got outplayed today. We put ourselves in situations that we couldn’t pull ourselves out of. We’ve got to start over — I don’t know about start over — but we’ve got to just turn the page and work hard and go out and have a good week of practice.”

“We’ve just got to keep working hard.” Gronkowski said. “We’ve got to put up points whenever we have the opportunity to whenever we’re in the red zone. It’s a team game. No matter what happens on either side, we’re all in it together. We’re all in it with each other.”

The Patriots’ offense has been unpredictable and inconsistent this season much like its defense. They’ve struggled to play to their potential with high-powered weapons like Edelman, Gronkowski, wide receiver Josh Gordon and running backs James White, Rex Burkhead and Sony Michel. They have been better at home, however, and the Patriots finish their season against the Buffalo Bills and Miami Dolphins at Gillette Stadium.

The Patriots need one more win to clinch the AFC East. They need to win out and hope for a Houston Texans loss to get a first-round bye in the postseason. All hope is far from lost for the 2018 Patriots. 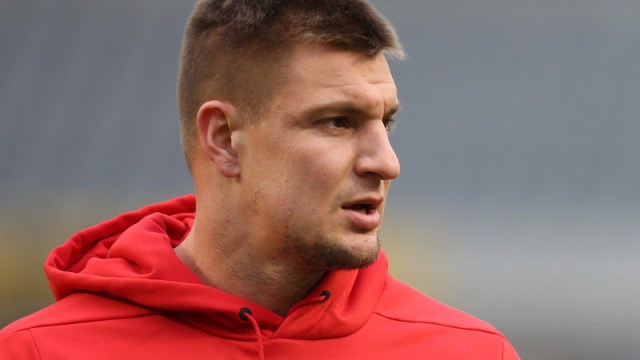