Kyrie Irving sent a message to his young teammates following the Boston Celtics’ loss to the Orlando Magic on Saturday night.

The Celtics have been inconsistent both during each individual game and throughout the season, and Irving believes his younger teammates haven’t adjusted to the pressure and expectations Boston faced coming into the season.

Irving shed some light on his comments Monday before the Celtics’ meeting with the Brooklyn Nets, clarifying that his comments came from a desire to win.

“I watch so much basketball when I leave here,” Irving said, via The Boston Globe’s Adam Himmelsbach. “I’m obsessed with it. So the opponents I’m playing against, I have our team film and I have my individual film that I watch and I’m just studying guys so when I go out in the game it’s not anything I’m confused on. I’ve been playing for a while. I feel like I was chosen to play basketball, so when I go home, I literally just obsess over basketball. That’s my job. And when I come in and play, it’s exciting to get stops and do the little things that matter.

“When you win, you want to taste it again. I never want to come from a place where I don’t want to sound like or maybe feel like I don’t want to win a championship. Sometimes I may come off and say things, never to question my teammates in public like that ever again, but I just want to win so bad. I came from a place where I asked for a trade and I come in here and I believe in the organization and I want these young guys to be successful. In order to do that we’ve all got to be on the same page and have that same mindset that, a championship or nothing, and that can get the best of me at times.”

Irving will miss the Celtics’ game against the Nets with a quad contusion but is expected back for Wednesday’s battle with the Toronto Raptors.

Boston currently sits at 25-17 and in fifth place in the Eastern Conference. The Celtics’ uneven play has frustrated Irving and head coach Brad Stevens throughout the season, but with the All-Star break approaching, the star guard knows his team needs to turn things around quickly — or a fast exit awaits them in the playoffs. 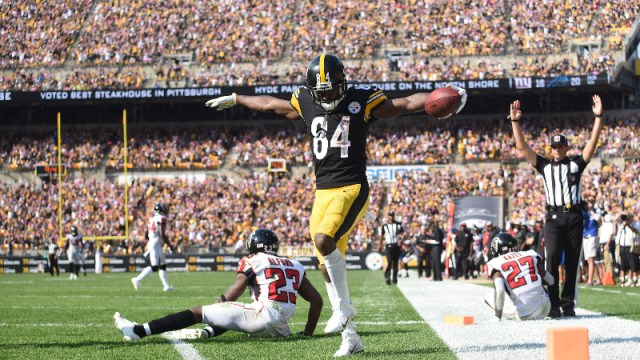