Brock Holt Has Some Incredibly Lofty Expectations For Dustin Pedroia In 2019 - NESN.com Skip to content

Dustin Pedroia soon will be making his spring training debut, and few know what to expect from the second baseman this year.

The Boston Red Sox’s longest-tenured player appeared in just three games last season due to knee surgery the previous offseason and resulting inflammation. But after continuing his rehab this past winter, Pedroia is ready to be a more meaningful on-field contributor in 2019.

Expectations have been tempered for the 35-year-old since it’s tough to gauge what exactly he’ll be able to provide this season and beyond.

Brock Holt, however, has some pretty lofty predictions for his teammate.

In an interview with The Boston Globe, Holt cracked a little joke about Pedroia’s upcoming season.

?Maybe 45 homers, 120 RBIs, 40 stolen bases, a Gold Glove, Comeback Player of the Year, and MVP? I wouldn?t put it past him after seeing him go deep to center (during batting practice Tuesday),? Holt said. ?No, but I?m excited for him. He looks good. I think he?s ready to go. I?m happy for him. It?s been a while. We?re excited to have him back, for sure.?

After such an arduous road back, it will be nice to see Pedroia make his much-awaited return to the diamond — even if he doesn’t put up the numbers Holt expects he will. 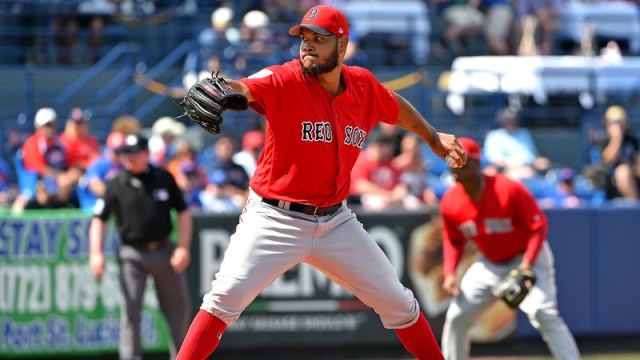 Why Stephen A. Smith Co-Signs Kevin Durant’s Confidence In Celtics