INDIANAPOLIS — With Tom Brady set to turn 42 in a few short months, the New England Patriots eventually need to begin planning for the future at the quarterback position.

If they opt to do so through the 2019 NFL Draft, here’s one under-the-radar name to keep in mind: Boise State’s Brett Rypien.

Rypien, whose uncle Mark won a Super Bowl with the Washington Redskins in 1991, was a four-year collegiate starter and three-year captain who just so happened to model his game after Brady.

?I think (Brady’s) ability to stand in the pocket and make plays,” Rypien said Thursday at the NFL Scouting Combine. “That?s something I?ve always tried to do — hang in the pocket as long as I can and make throws downfield. And obviously, just how consistent he?s been for so many years.

“It?s not an easy thing to do at all, and I don?t think he gets enough credit for how high of a level he?s playing at the age he?s at right now. It?s definitely inspiring and something I think every single guy here wants to achieve.?

Watching Rypien’s college film, his pocket presence stands out, as do his mechanics and his touch, especially on difficult throws along the sideline. He is a highly accurate passer — his 67.3 percent completion percentage as a senior ranked 11th in the nation — and had success in a pro-style offense at Boise, which should ease his transition to the NFL level.

?I think it helps me a lot,” said Rypien, whose 30 touchdowns in 2018 were tied for 10th-most nationally. “Coming out of high school, I?d never taken a snap under center, so I know the transition of going from an all-gun offense to going under center and having to operate that. The other thing, too, is we were in the huddle for all of my junior and senior year, so I have experience being in a huddle and trying to call plays.

As for his shortcomings, Rypien had some ball security issues in college (his 9-inch hands are below average size-wise) and doesn’t boast elite arm strength. And while he’s not nearly as statuesque as Brady, he’s working on improving his mobility.

?Something I?m always trying to work on in my game is making more plays outside the pocket, being a little bit more dynamic that way,” Rypien said. “I?ll always be a pocket passer that?s going to try to hang in the pocket and make throws, that?s just the player I am. But at the same time, if teams want to play max drop and drop eight into coverage and there?s opportunities to get outside the pocket and make plays, that?s definitely something I can work on.”

Rypien, who said he had not met with the Patriots at the combine, currently is projected as a mid-round pick but could improve his stock with a strong performance in Saturday’s quarterback workouts. New England owns 12 picks in this year’s draft, including two in the second round and three in the third. 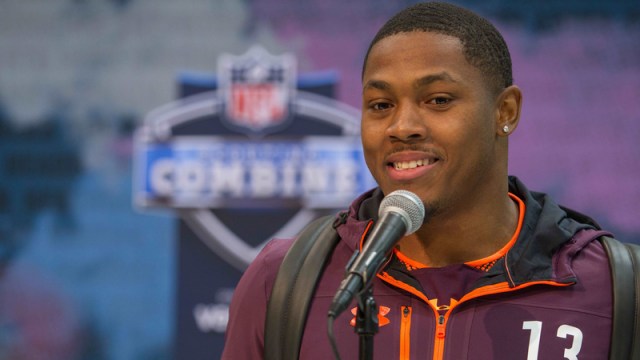 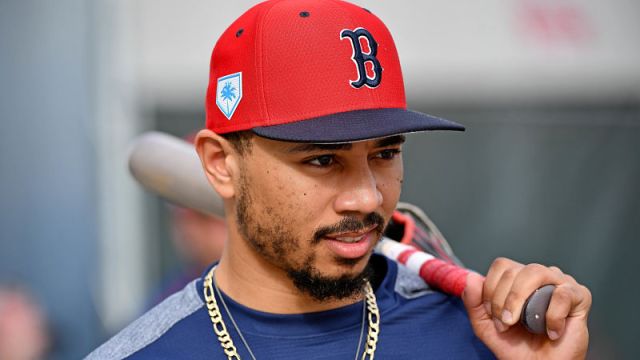