Not many people were expecting to see Boston Bruins defenseman Zdeno Chara hitching a ride on the subway Wednesday afternoon — let alone in New York City.

But Big Zee was all smiles on his way through the Big Apple, as seen in a photo posted on the Bruins’ Twitter page. The 42-year-old went into the big city for a busy day at the NHL Headquarters.

With the team in town for Tuesday’s matchup against the New York Islanders (where the Bruins just completed a crushing 5-0 defeat,) and Thurday’s tilt against the New Jersey Devils, Chara appears to have chosen a more practical route into the city.

Big Zee is off to NYC. ? pic.twitter.com/UVkcnZWC7v

As you can see, passengers seated around Chara (whose reflections can be seen in the window behind him) don’t seem even slightly fazed by his presence.

Once in NYC, the Bruins defenseman met with a number of people at NHL Headquarters, including deputy commissioner Bill Daly. He even gave a quick shoutout to his fellow defenseman Charlie McAvoy after seeing his face lit up outside the NHL Flagship Store on 6th Avenue.

Chara’s trip to the NHL Headquarters was not complete without a quick interview with the NHL Network. 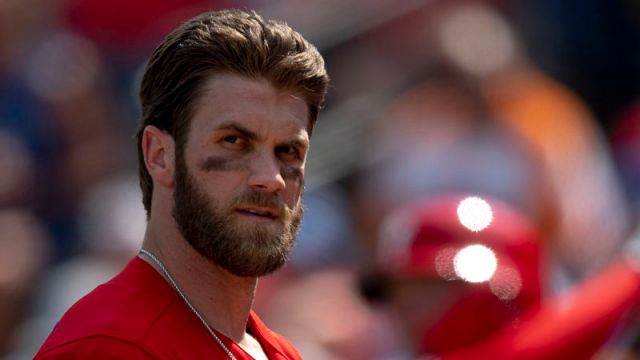