If you haven’t already made the leap into daily fantasy football, you’ll probably be motivated to now.

Week 4 kickstarts the slate of bye weeks, which can make things awfully difficult for season-long fantasy football. If you’re not liking your chances in your league this week (or any week, for that matter), DFS provides for a great way to fulfill your fantasy fix.

Here?s our ?optimal lineup? for DraftKings? main Sunday slate (early afternoon and late afternoon games), which allots a $50,000 budget for a roster of nine players.

Quarterback: Dak Prescott, Dallas Cowboys ($6,300)
New Orleans can be a tough place to play, but don’t let the Cowboys’ road tilt prevent you from giving Prescott a nod. The Saints have allowed the third-most passing yards in the league heading into Week 4, while Prescott has been lighting it up through the air. Dallas’ quarterback is averaging over 300 passing yards per game and only trails Patrick Mahomes by one for the league lead in touchdown passes. And for what it’s worth, Prescott shined against the Saints last season, completing 24 of 28 passes for 249 yards in a Cowboys win.

Running Backs: Mark Ingram II, Baltimore Ravens ($6,600); Kerryon Johnson, Detroit Lions ($5,400)
It hasn’t taken long to realize the 29-year-old Ingram still has plenty left in the tank. The Ravens back has eclipsed 100 rushing yards in two of three games thus far and already has notched five scores on the ground. Despite boasting a ferocious front seven, the Cleveland Browns currently are in the middle of the pack at defending RBs this season. This AFC North battle quickly could turn into a slugfest, which would pave the way for Ingram garnering ample touches.

Ingram alone can serve as a reason to start Johnson. The former beat up on the Chiefs last week, rushing for 103 yards with three touchdowns on 16 carries. Kansas City features one of the NFL’s worst linebacking corps, which will struggle to keep up with the ultra-versatile Detroit back. Johnson is off to a relatively slow start for his standards, but he’s primed for a breakout Sunday as the upstart Lions vie to make a statement against the Chiefs.

Wide Receivers: Keenan Allen, Los Angeles Chargers ($7,600); Sammy Watkins, Kansas City Chiefs ($6,700); Sterling Shepard, New York Giants ($5,800)
Allen shouldn’t require much selling. The veteran wide receiver is averaging nearly 10 catches and 135 receiving yards per game to go along with three touchdowns. Allen and the Chargers will face their easiest test yet when they square off with the lowly Miami Dolphins this weekend. This one seems like a no-brainer, right?

A healthy Watkins continues to make the most of his opportunity while Tyreek Hill remains sidelined. Watkins is averaging over 100 receiving yards per game and has collected 20 catches on the season thus far. The Lions, who are hovering near the bottom tier in the league in passing yards allowed, could be in store for a long afternoon against the Chiefs’ slew of playmakers.

The idea of starting a Giants wideout heading into the season would have been tough to wrap your head around, but Daniel Jones seems to have sparked new life into this group. The rookie QB and Shepard flourished in their first outing together, as New York’s top WR snagged seven catches for 100 yards with a touchdown in a win over the Tampa Bay Buccaneers. Jones, Shepard and Co. now will square off against a Washington Redskins secondary that was just lit up by the mediocre-at-best Bears offense. Shepard is a slight risk, but it’s a move probably worth making.

Tight End: Will Dissly, Seattle Seahawks ($3,600)
Dissly quietly is on pace to become one of the better fantasy tight end options. The second-year pro, whose rookie season was derailed by injury, has recorded five touchdowns through seven career games. He’s primed to feast in Week 4 against the Arizona Cardinals, who have allowed a league-worst four touchdowns to tight ends this season. Not to mention, Seattle on Tuesday parted ways with veteran TE Nick Vannett, which shows the franchise has quite a bit of faith in Dissly.

Flex: Terry McLaurin, Washington Redskins ($4,500)
If you didn’t know McLaurin’s name heading into the 2019 season, you surely do know. The rookie wideout has been a more-than-pleasant surprise for the Redskins, as he’s caught a touchdown pass in each of his first three games. Washington’s rushing attack effectively is nonexistent, which has prompted Case Keenum to average over 41 pass attempts per game thus far. You probably can expect a pass-happy plan of attack from the ‘Skins this Sunday, as the Giants currently own the league’s worst mark for passing yards allowed. In turn, the Ohio State product likely is in store for another productive performance.

Defense: Los Angeles Rams ($3,500)
The Rams only have allowed 22 combined points over their last two games and are coming off a dominant road performance against a Browns offense that features quite a few explosive weapons. They’re poised to follow suit Sunday when they host a Buccaneers squad with a propensity to turn the ball over. 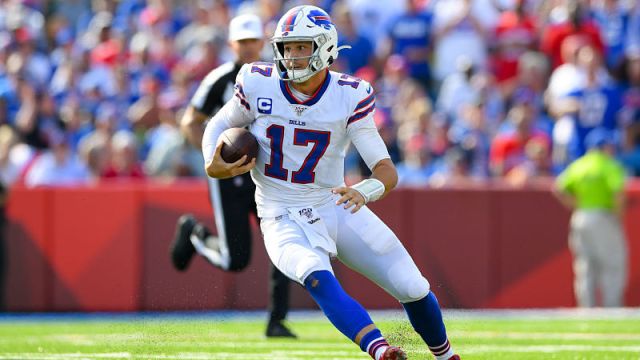 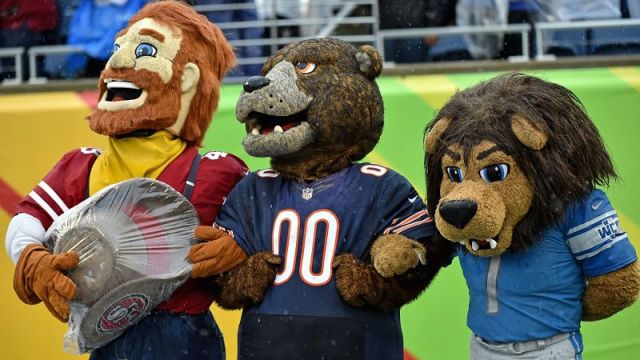