Ex-NFL Player Believes This Prospect Can Get Patriots Offense 'Over The Hump' - NESN.com Skip to content

New England has a handful of needs as the 2020 NFL Draft nears, but play-making pass-catchers remain at the top of the list. Julian Edelman isn’t getting any younger, and while N’Keal Harry’s ceiling remains high, he’s still fairly raw.

In an effort to bolster this group, ex-fullback Michael Robinson believes the Patriots should pursue one of the best wideouts from this past college football season.

“Tom Brady, the GOAT, he is a free agent right now, and a big reason why he had a down season was ’cause there wasn’t any weapons around him, right? If you go to LSU and get Justin Jefferson, his versatility — 18 touchdowns this past year,” Robinson said on NFL Network’s “NFL Total Access.” “I mean, you look at the New England Patriots’ offense, they had issues in the red zone now that they don’t have Rob Gronkowski. Who’s going to be that guy that’ll be able to dominate? This kid can dominate. He can line up in the slot and he’s an excellent route runner to give Tom Brady, or whoever the quarterback will be in New England, that assurance that they can let the ball go. So yeah, I think the New England Patriots need a lot of work and this kid, Justin Jefferson, out of LSU, he can be the guy to get them over the hump.”

A playoff team that has to go to work in the draft? ?@RealMikeRob and @ThomasDavisSDTM weigh in ?

Jefferson led the national champion Tigers in receptions in 2019, hauling in 111 passes with an average of 13.9 yards per grab. He saved some of his best football for the biggest stages, too, erupting for a 14-catch, four-touchdown (!) performance in LSU’s College Football Playoff Semifinal win over Oklahoma to go along with nine receptions for 106 yards in his team’s championship triumph over Clemson. Jefferson boasts impressive versatility, as Robinson touched on, and he could become even more so should he further fill out his 6-foot-3 frame.

Luckily for New England, Jefferson is just one of several high-end WR prospects in this year’s draft class. Analyst Daniel Jeremiah believes there’s another versatile receiver out there who’s tailor-made for the Patriots offense. 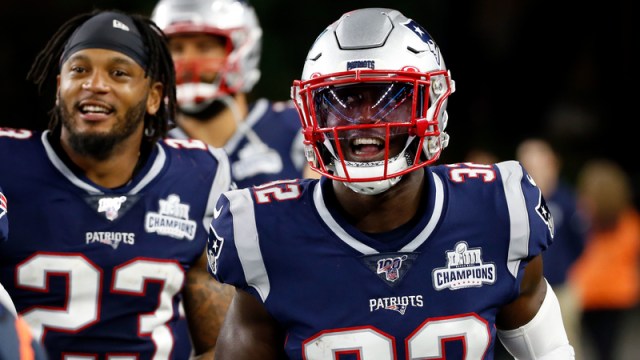 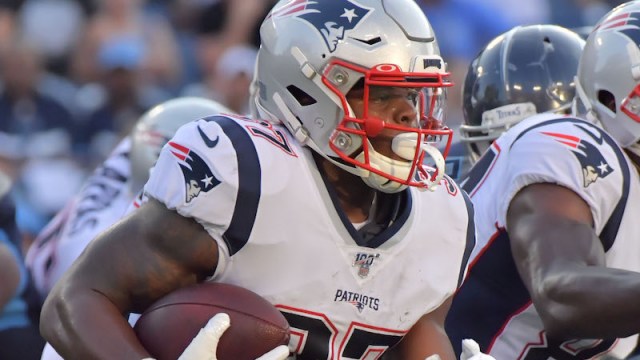