Why Northeastern's Lauren MacInnis' Beanpot Game-Winner Was So Special - NESN.com Skip to content

BOSTON — Lauren MacInnis found herself in unfamiliar territory Tuesday night. But she certainly made the most of it.

The Northeastern defenseman skated on the power play for the first time this season after Skylar Fontaine was ejected in the second period of the 2020 Women’s Beanpot final against the Boston University Terriers. And while on the man advantage in overtime, the puck popped back out to MacInnis, who then fired it on net.

The end result? The Huskies’ first Beanpot title since 2013.

Check out the game-winning goal and following celebration:

MacInnis broke down her game-winning goal after the on-ice celebration:

“Well, it was on the power play,” she said. “And the puck popped out. There was a scrum in front of the net. I saw it and I shot it to the net. I didn’t even look at the net. But I figured something’s gotta happen.”

Her teammate Chloe Aurard, who had two goals of her own, recounted the goal from where she was standing.

“I was right behind Lauren,” she said. “And then I just saw her getting the puck on her stick. She didn’t even bring her head up. She literally just shot the puck.”

As for MacInnis, she had a lot of emotions once she realized the puck found twine.

“A ton of emotions ran through my head and I was like, ‘We won. We won Beanpot,'” she said. “I saw my teammates cheering and I was still kind of in shock. And it was honestly just amazing.

“… I don’t think I’ve ever been that close to the net with that wide of an opening,” she later added. “I’m usually at the blue line or somewhere on the boards. But never that close.”

The junior defenseman admitted she was “really nervous” when she realized she would be tasked with a heavy workload after Fontaine’s ejection, but credited the team’s “mental toughness” through the rest of the game.

“I’ve never played that many minutes in a game before,” MacInnis said. “I was pretty tired. But that’s when our mental toughness kicks in and we all have to step up.”

It all paid off in the end. And now Northeastern has a Beanpot title for 2020 for both the men’s and women’s team. 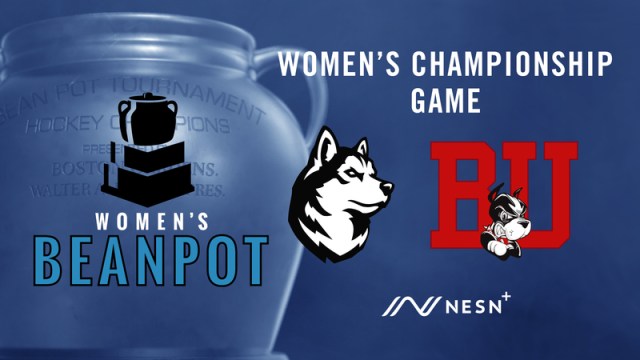 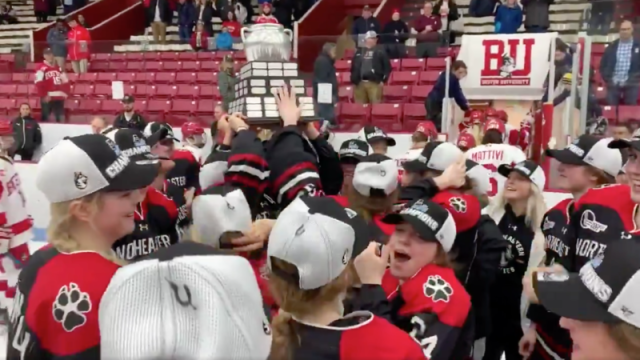