The Boston Bruins are getting their (Anaheim) Ducks in a row.

The Bruins acquired Ducks winger Nick Ritchie from Anaheim on Monday in exchange for winger Danton Heinen, according to multiple reports. Sportsnet’s Elliotte Friedman was the first to break the news. The move comes just a few days after Boston landed Ducks winger Ondrej Kase from Anaheim.

Ritchie, coincidentally, is coming off his best game of the season Sunday against Vegas. The 24-year-old scored two goals and had two assists in an overtime loss to the Golden Knights. The former first-round pick has eight goals and 11 assists this season, so Sunday’a performance represents a pretty big chunk of his production this year.

Ritchie is coming off the best season of his young career where he was able to accumulate 31 points in 60 games. Assuming Boston holds onto him and doesn’t flip him before Monday afternoon’s deadline, he also brings some added toughness to the Bruins. The 6-foot-2, 232-pound forward has 331 penalty minutes in 287 career games.

Ritchie is signed through the 2020-21 season and carries a salary cap hit of just under $1.5 million. According to the Bruins Stats Twitter account, the B’s still have a little more than $5.2 million in cap space if they want to make another move before Monday afternoon’s trade deadline. The move actually frees up money, as Boston shipped out Heinen and his $2.8 million cap hit. 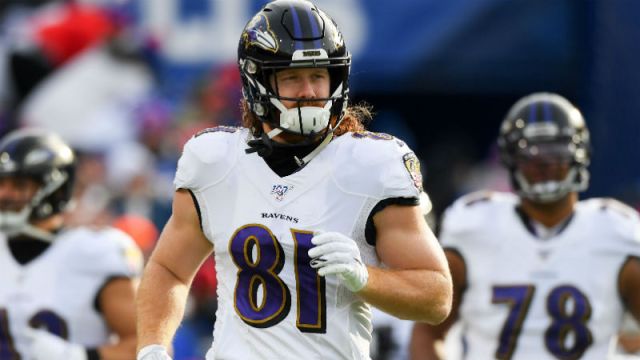