Wouldn’t it be cool if we could just take a nap and this whole thing would be over?

Unfortunately, that’s not how it works.

As the world continues to battle through the COVID-19 outbreak, we must remain vigilant by taking the necessary precautions, practicing social distancing and doing whatever else is required to flatten the curve.

That said, we do need some enjoyment in our lives, and sports can serve as an outlet for that even in the absence of live events. So, let’s toss around some random sports thoughts for Wednesday, March 25.

— The Athletic’s Ken Rosenthal noted Tuesday both Major League Baseball and the players’ union still desire to play as many games as possible in 2020. We have no idea when the regular season might begin, though, and it’s created an extremely difficult dilemma.

Basically, MLB and the MLBPA have been trying to figure out how to deal with questions related to service time. Players understandably don’t want their service time reduced by a shortened season — or, in a worst-case scenario, the cancellation of the 2020 campaign — because this can delay when they reach salary arbitration and free agency.

Service time, calculated by the number of days a player is on a roster, forms the basis of baseball’s pay structure. A normal season consists of 186 days, including off-days, and a player’s maximum service time was 172 days.

A shortened season would alter the equation.

It sounds like the players are getting their wish, as Rosenthal reported Wednesday that MLB’s latest proposal involves players still receiving service time even if the entire 2020 season is canceled.

Latest MLB proposal includes draft in 2020, likely later than current June dates, sources tell The Athletic. Also includes service time for players if season is canceled; players would get same service for ?20 they earned in ?19. Parties earlier had discussed tabling that issue.

If deal is reached with those provisions, only players who would lose service time in canceled season would be those who would have made MLB debuts in 2020. Union would accept pro-rated salaries in shortened season, and agree not to sue for full salaries if season is canceled.

One note on why talks between players and owners account for possibility of cancelled season. Parties need to cover ALL contingencies in agreement they are negotiating. Both sides desire to play as many games as possible.

This is a significant development with so much in flux, especially for someone like Mookie Betts, who now theoretically could become a free agent without ever playing a game for the Los Angeles Dodgers.

(Side note: Betts currently is 102 days shy of hitting free agency from a service-time standpoint.)

Obviously, let’s hope it doesn’t come to that, as it would mean the ongoing health crisis forced the cancellation of the 2020 MLB season. But it’s crazy to think there’s seemingly a scenario in which the Red Sox traded away a season of Betts that didn’t exist for a young, high-upside outfielder (Alex Verdugo), a well-regarded middle-infield prospect (Jeter Downs) and a catching prospect (Connor Wong) who already turned heads in his first spring training with Boston.

3/ 1) Think it is a bad look to be fighting over $/service now with country in such bad shape. 2. Are hopeful games will be played and this is a non-issue. 3. Without revenue this year, free agency is unlikely to be lucrative next year for anyone except maybe Betts/Realmuto

Going a step further, what if Betts actually signed with the Red Sox upon reaching free agency after a nonexistent 2020 season?

Barring some new development, that would mean Boston pretty much retained Betts while also landing Verdugo, Downs and Wong in exchange for David Price and half of the money he’s owed.

Again, keep your fingers crossed that baseball returns before long, because it would signify progress in the fight against COVID-19. But the magnitude of the current situation really can’t be overstated, no matter which lens you view it through.

Here’s how my personal final four shakes out…

Ultimately, I’d hand the trophy to Roberts’ steal for historical significance, although Ortiz’s grand slam is a close second because it completely changed the complexion of the 2013 run and elevated his legacy to insane heights.

— I miss baseball cards — and all of the idiosyncrasies that come with them — being in vogue.

The funny part the card is that I?m hitting right handed ? https://t.co/bGr31M756t

— ESPN published an article Wednesday in which several MLB reporters identified the best baseball prospect they ever saw in person.

Obviously, this is due in large to growing up around Boston and seeing almost exclusively Red Sox affiliates when attending minor league games. But Bogaerts’ approach at the plate, even at the minor league level, was so mature beyond his years that it wasn’t at all shocking to see him make a significant impact in the 2013 World Series as a 21-year-old.

— Stefon Diggs’ tweet asking for the top five wide receivers of all time drew a bunch of responses, with several current NFL wideouts even throwing in their two cents.

Top 5 wideouts to ever play the game… GO

Antonio Brown and Calvin Johnson are among my first cuts.

who's the most random pro athlete you can think of

— Odds Shark on Wednesday released a guide about how to bet on the weather. Desperate times call for desperate measures.

While meteorology isn’t exactly my strong suit, it’s probably worth taking into account the sunset (or lack thereof), the impact of cloud cover on moon visibility, humidity and whether precipitation is in the forecast before laying any action on tomorrow’s temperature line.

Video of the Day
Bang!

March 25, 1982 ? Wayne Gretzky becomes the first NHL player to score 200 points in a season. Gretzky would reach the milestone another three times in his career, and no other player has ever reached 200 points. pic.twitter.com/6FmOYQiTO8

Tweet of the Day
He’s not wrong. Now, where’s my Spider-Man suit? 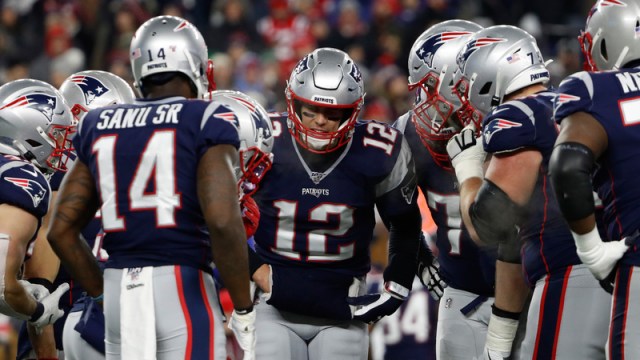 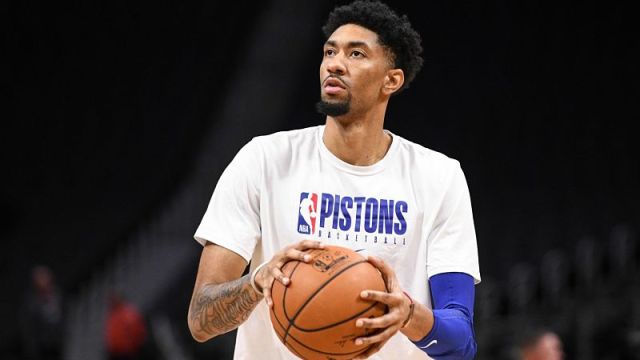