How Patriots Can Fill Need For Young Safety In Every Round Of NFL Draft - NESN.com Skip to content

Leading up to the 2020 NFL Draft, we’ll find fits at every position and in every round for the New England Patriots. Next, we’ll take a deep dive on safeties.

The New England Patriots are at their most unpredictable when drafting safeties.

The last four safeties drafted by the Patriots were relative unknowns to pretty much anyone outside of 1 Patriot Place. Tavon Wilson, Duron Harmon and Nate Ebner were non-NFL Scouting Combine invitees. Jordan Richards, Wilson and Harmon were drafted roughly four rounds earlier than anyone could have predicted. Ebner was a rugby player.

Here’s the Patriots’ history of drafting safeties since Bill Belichick came on board in 2000:

Patriots safeties have almost identical testing numbers compared to the NFL average. They historically don’t mind taking a player on the shorter side.

Here’s the crop of safeties invited to the NFL Scouting Combine this year and how their testing numbers compare to the Patriots’ average drafted player: We included L’Jarius Sneed in our cornerback preview, which you can check out here.

Here’s a prototypical Patriots safety in each round of the 2020 NFL Draft:

FIRST ROUND: Jeremy Chinn, Southern Illinois
Chinn is a new-age NFL defender with the size to get dirty at linebacker and speed to play free safety. At 6-foot-3, 221 pounds with a 4.45-second 40-yard dash, Chinn also played in the slot with the Salukis.

Pro Football Focus noted that Chinn never allowed more than 40 yards in a game. He’s an incredible athlete without a set position, making him a similar prospect to Jamie Collins when the Patriots drafted the talented linebacker in 2013.

SECOND ROUND: Ashtyn Davis, California
Davis would be the perfect Harmon replacement. He’s the best pure free safety in the draft. He didn’t test at the combine, but he showed plenty of speed and range on film.

We also like Lenoir-Rhyne’s Kyle Dugger and Minnesota’s Antoine Winfield Jr. in the second round.

THIRD ROUND: Terrell Burgess, Utah
Burgess, similar to Chinn, can play all over the defense from slot to strong safety and as a single high. He even played on the line of scrimmage at Utah.

FOURTH ROUND: K’Von Wallace, Clemson
Wallace is listed as a safety, but he actually played the majority of his snaps last season in the slot. He’s a fantastic tackler and has a high floor as a nickel defender in the NFL. His 6.76-second three-cone drill was the best of any defensive back at the NFL Scouting Combine.

FIFTH ROUND: Tanner Muse, Clemson
Wallace’s teammate is built like a linebacker but has the athleticism of a safety. Some analysts believe he’ll move to linebacker in the pros. The Patriots have experimented with taking this body type in the past when they drafted Matthew Wells and Kamu Grugier-Hill. Perhaps they’d have better luck with Muse.

SIXTH ROUND: Khaleke Hudson, Michigan
Hudson is another linebacker/safety hybrid. He played the “Viper” position in Michigan’s defense. He’d be a project at either position, but he’s a good athlete who can cover tight ends.

SEVENTH ROUND: Daniel Thomas, Auburn
Thomas was a team captain in 2019. He’s a smart player who tested pretty well for the position. He’d be a safe special teamer and potential strong safety candidate. Honestly, he’d be our pick if the Patriots make their typical reach for a safety in the second or third round in the mold of Wilson, Richards or Harmon. He’s a seventh-rounder based on most projections, however. 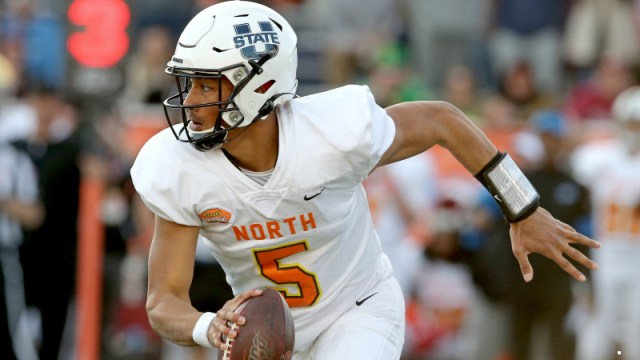 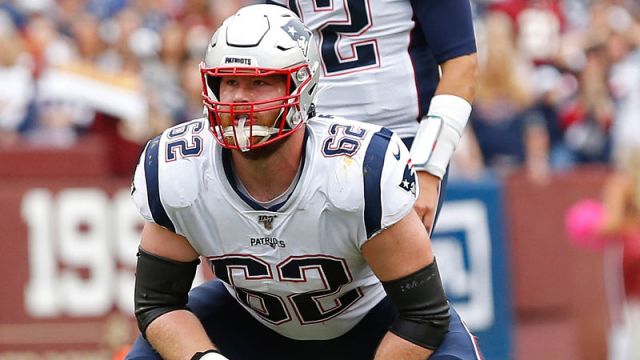