It’s to be determined if the NHL Players’ Association will approve of the NHL’s proposed plan for a return, or if any actual updates will come from the NHLPA Executive Board call that was scheduled from 7 p.m. ET on Thursday to discuss it.

The proposed plan hoped to have a conference-based, 24-team bracket format for playoffs, though the NHLPA seemed pretty adamant about having some type of training camp or regular season to ease into play. And it would be spread between two “hub” arena sites.

But while it may feel like the league is inching closer to a return, it may be smart to pump the brakes, because the league reportedly isn’t anywhere near a decision on where to actually have the season.

The NHL reportedly has a few in mind, though.

“I also do not expect any announcement yet on hub cities,” The Athletic’s Pierre LeBrun on Thursday reported. “I’m told the league doesn’t feel that they are close to making their decision. The league wants to wait until the last possible moment to choose the hub cities so they can stay flexible, should the pandemic shift (hot spots, etc.). As of Thursday, Vegas, Toronto, Edmonton and Vancouver remain in the mix, along with other cities being considered.”

We’ll see if any updates emerge from that conference call. 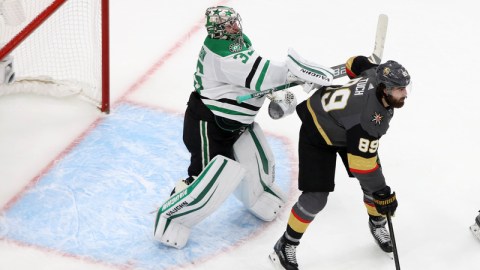