Could Kyle Larson’s landing spot be in NASCAR once again?

It appears, if nothing else, there’s interest.

Larson was suspended indefinitely by NASCAR and fired by Chip Ganassi Racing back in April after he used a racial slur during an iRacing event. He since has gone through sensitivity training. Racer’s Robin Miller was asked in his mailbag, “What if we put a ‘rehabilitated’ Kyle Larson in an IndyCar?”

Miller indicated there actually is some interest on Tony Stewart’s end in bringing him to Stewart-Haas racing.

“I called A.J. (Foyt) several weeks ago and told him to hire Larson, but he seemed to think Tony Stewart was going to do it,” Miller wrote. “I asked Stew a couple weeks ago and he said he?d like to, but nothing to report yet. Larson belongs in the Indy 500.”

Stewart long has been an outspoken fan of Larson’s racing talent, so it doesn’t come as a huge surprise that he’d be interested.

More: NASCAR President Says Bubba Wallace’s Team Had ‘Nothing To Do’ With Noose Report 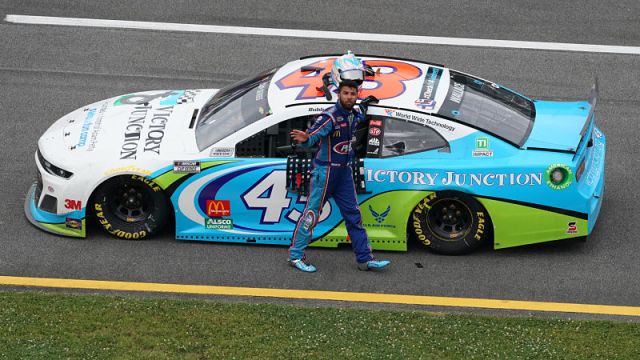 NASCAR’s Bubba Wallace Shares His Side Of Noose Incident Story 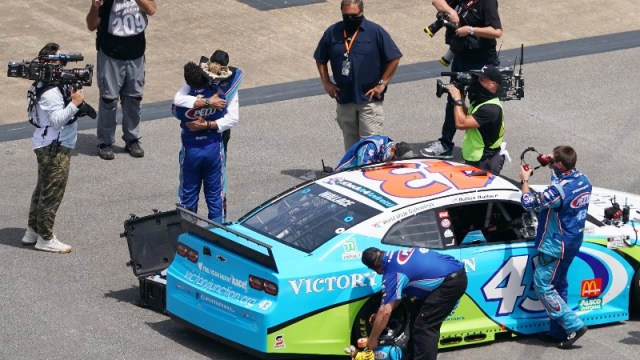