Trying to find David Pastrnak and Ondrej Kase the last week-and-a-half has been a bit of a “Where’s Waldo” exercise.

The Boston Bruins forwards missed the first two days of training camp but appeared last Wednesday. They since haven’t taken part in practice, and over the last 10 days photos have surfaced of the two skating at a local rink as well as out in the North End.

Because of the new league rule mandating teams only say absences, regardless of reason, are because a player is “unfit to play,” nobody really knows why the two haven’t been around.

Bruins president Cam Neely addressed the media over Zoom on Wednesday, and he shared his thoughts on the whole situation.

“Of course (we hope things would have played out a little differently),” Neely said. “We had the date for when camp was starting and knew that some players may need to quarantine when they get here, you kind of hope they would get here a little earlier. But we didn’t really have much say in that and that was really left up to the players. And so obviously with what’s played out and transpired you certainly would’ve hoped there’s some different decisions made, but in the long run I don’t know if it’s really going to affect us once we get into Toronto, I think we’ll be fine.”

The Bruins are scheduled to travel to their hub city of Toronto on Sunday, and Neely indicated Pastrnak and Kase might not appear on the ice in Boston before then.

Provided he’s healthy and in game shape, there’s not a ton of concern surrounding Pastrnak. He’ll just slot in at his usual spot on the first line right wing and off he’ll go.

Kase is a little different, though.

The 24-year-old had yet to find a stable spot in the Bruins lineup in six games before the pause, and training camp would’ve been a good time for him to try and build chemistry with either David Krejci and/or Charlie Coyle. Now, it’ll be another rush to get him up to speed in time for games to start back up.

“That’s been a little bit unfortunate and disappointing because we do feel that he can be a big part of that secondary scoring,” Neely said. “And it takes time to get adjusted, and we got him at the deadline and then we hit the pause not long after, so he’s still got to get adjusted to our team, our system, his teammates. So it’s been a little disappointing that we haven’t been able to get him on the ice because we did get him for that reason, helping out with the secondary scoring.”

The Bruins are scheduled to play the Columbus Blue Jackets in an exhibition game next Thursday before beginning the round-robin tournament three days later against the Philadelphia Flyers. 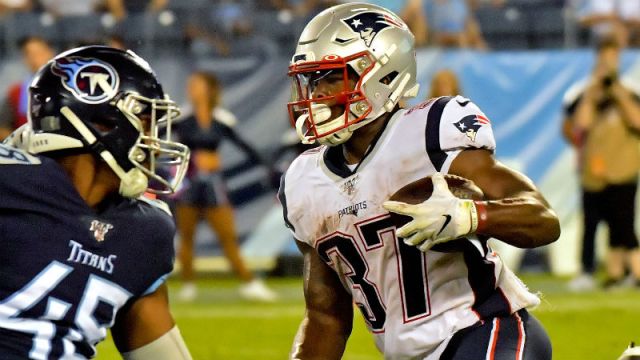