When we were young, the PGA Championship represented “glory’s last shot.” Now, for this year at least, it’s the first major on the 2020 golf calendar.

Such is life in the COVID-19 world.

The world’s best golfers (and no fans) gather this weekend by the Bay for the 2020 PGA Championship at TPC Harding Park in San Francisco. Unsurprisingly, two-time defending champion Brooks Koepka is the betting favorite entering the week.

Here’s an all-encompassing betting preview for the PGA Championship, as you get your tickets and lineups set for Thursday morning.

THE COURSE — TPC Harding Park (par 70, 7,234 yards)
Harding Park is a par-70 municipal course whose biggest claim to fame might be it was used as a parking lot for the 1998 U.S. Open at Olympic Club. OK, so that’s probably a little harsh. Harding Park has hosted the 2009 Presidents Cup as well as a pair of WGC events, including match play in 2015.

It’s not a terribly long course, and the greens aren’t overly complicated, so how will the PGA give this track some teeth? For starters, the fairways have been narrowed by about 10 yards per hole, placing a greater premium on accuracy. And, if you do miss, you’re gonna be dealing with some nasty rough. 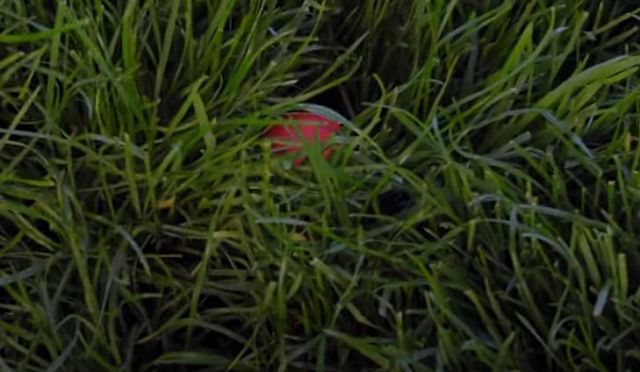 According to DataGolf.com’s Course Fit Tool, the most similar courses to Harding Park are Torrey Pines, the Stadium Course and a little place called Augusta National. Length off the tee and good ball striking are keys to winning at those places.

Jon Rahm (+1400): Rahm’s time at the top of the world golf rankings was short-lived, so maybe he’s flying under the radar this week. Rahm hits it long (35th in driving distance), and he hits it straight (52nd in accuracy). If he can avoid one of his patented meltdowns, he’ll be in the running from the opening tee shot. He finished second and fifth in the Farmers Insurance Open at Torrey Pines the last two seasons, has two consecutive top-10 finishes at the Waste Management Open at the Stadium course and finished ninth at the Masters last year.

Webb Simpson (+2800): Since last year’s Masters, Simpson has eight — count ’em, eight — top-5 finishes and 13 top-10 finishes. He has two wins this season, including a win at the Waste Management. He knows how to win a major and is obviously comfortable in the neighborhood: Simpson’s 2012 U.S. Open win came at Olympic Club a mile down the road.

Hideki Matsuyama (+4000): Some of us just can’t quit Hideki. The putting has been atrocious; Matsuyama ranks 199th in strokes gained putting this season. But his ball-striking is elite, and he fits the profile here. He’s also had a ton of success on those aforementioned similar courses, with two of his wins coming at the Waste Management.

Paul Casey (+10000): Just like Rahm, Casey is long and straight off the tee. He’s consistently gaining strokes off the tee and on approach, but the putter has been a real issue. Might not be as big of an issue this week, and if the wind starts whipping — which it certainly could — Casey has proved he can have success in adverse conditions.

LONGSHOTS WORTH A LOOK

Harris English (+12500): English is on a sneaky-good run dating back to October. He has four top-10s and nine top-20s in 13 starts. A big reason for that? He doesn’t get himself in trouble. English leads the Tour in bogey avoidance in large part because he’s a great ball-striker and has been a terrific putter this season.

Lucas Glover (+20000): Another former major winner, although it’s been more than 10 years since his U.S. Open win. But Glover is another pretty big hitter who knows where the ball’s going off the tee. He likes to draw the ball, which fits the course well, and he does have a history at Harding Park (we’ll just ignore his 0-3-1 record at the 2009 Presidents Cup).

Daniel Berger ($8,800): Arguably the hottest player in the world at the moment, with three top-3 finishes (including a win) in his last four starts and makes just about every cut.

Matthew Fitzpatrick ($8,100): Another player who’s had recent success, Fitzpatrick has played well at tougher courses and shouldn’t be bothered by any weather.

Gary Woodland ($7,900): Two straight top-10 finishes at the PGA Championship for Woodland, who reached the finals of the match play tournament here in 2015.

Max Homa ($7,200): California boy who had top-10 finishes at both Torrey Pines and the Stadium course this season.