LeSean McCoy wants to learn about his new quarterback, and is seeking out those who’ve worked with him previously.

It prompted McCoy to already reach out to ex-New England Patriots running back Dion Lewis, and he’s thinking he may do the same with another player who had success with Brady, too.

“I reached out to Dion Lewis — we’re good friends — and just ask him about what Tom likes in receiving backs,” McCoy said, per FOX Sports’ Adam Caplan. “(I am) probably going to reach out to James White next.”

White, of course, had played his first six NFL seasons with Brady in New England, including three Super Bowl titles. And White had a flurry of individual success with the signal-caller catching 320 passes for 2,809 yards and 24 touchdowns since the Patriots drafted him in the fourth round in 2014.

Brady, as you certainly have heard, left for Tampa Bay in March after 20 seasons with the Patriots. The newly turned 43-year-old already impressed McCoy with his “command in the huddle” despite the limited practice time together. 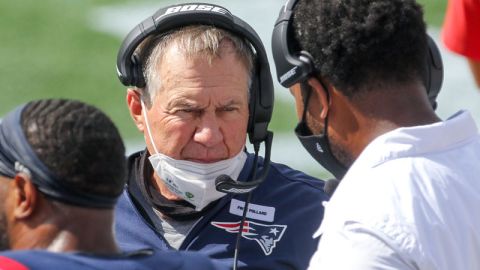