Like the NBA, the WNBA won’t be playing any games Wednesday night.

The league postponed the day’s slate of games after players on multiple teams staged a protest in response to the Jacob Blake shooting in Kenosha, Wisc.

Members of the Washington Mystics, Atlanta Dream, Los Angeles Sparks and Minnesota Lynx gathered on the court at IMG Academy in Bradenton, Fla., where they linked arms and knelt to honor Blake, who was shot seven times in the back by a police officer. The WNBA postponed Wednesday’s games a short time later.

Dream center Elizabeth Williams delivered a powerful message about the decision to boycott the game on ESPN.

“We stand in solidarity with our brothers in the NBA, and will continue this conversation with our brothers and sisters across all leagues and look to take collective action,” Williams said, via ESPN’s Mechelle Voepel. “What we have seen over the last few months, and most recently with the brutal police shooting of Jacob Blake, is overwhelming. And while we hurt for Jacob and his community, we also have an opportunity to keep the focus on the issues and demand change.

“These moments are why it’s important for our fans to stay focused, hear our voices, know our hearts, and connect the dots from what we say to what we do.”

Sparks star and WNBPA president Nneka Ogwumike said the WNBA will have ongoing discussions with the WNBA about how to best move forward.

“We’re not just trying to make a statement today. We’re trying to figure out what actionable items can come out of this,” Ogwumike said.

The WNBA dedicated their 2020 season to social justice in June. 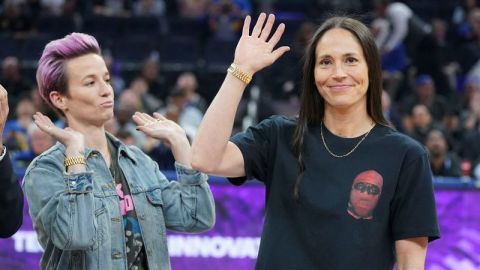 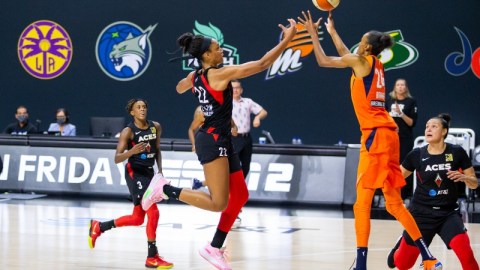